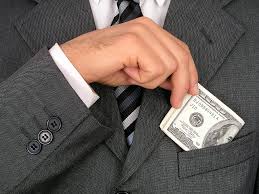 This the second in a three-part series on the hot AGM topics for 2019. The first, on lobbying, is available here.

Despite the media’s annual skewering of bloated corporate pay, it is unlikely that voting at most AGMs will match up to this rhetoric.

Across the Atlantic, FTSE 100 and 250 companies similarly enjoyed strong shareholder support for CEO pay, receiving a median SOP advisory vote of 97% and 96%.

If current levels of executive pay are truly excessive, then shareholders are open to the charge that they haven’t mounted much of a challenge. In the past decade, executive pay growth has stalled only once during the 2008 financial crisis – and current rates have already surpassed pre-crisis levels.

Large institutional investors are the most likely to support pay proposals – in 2017 Blackrock and Vanguard voted against only 3% of CEO pay packages in the S&P 500. The largest money managers (i.e. those with more than $500bn in assets under management) – there are 19 of them – voted against 12% (link).

These voting patterns are representative of trends over the last 10 years. Analysis of S&P 1500 companies over that period show that only truly extraordinary pay – calculated at 9,679% over a hypothetical “fair pay” value based on performance – will trigger a vote against management.

Despite this, there have been high-profile cases of boards who still couldn’t get it right, such as housebuilder Persimmon.

A closer look at last season’s voting data, however, suggest a growing unease among shareholders over extraordinary pay outs.

Among S&P 500 firms, there was an increase in the number of say-on-pay vote failures – a doubling from the previous year to 2% – in most cases for the first time. These included Ameriprise Financial, Chesapeake Energy, Halliburton, Mattel, Mondelez International, Walt Disney and Wynn Resorts.

Similarly, the percentage of FTSE companies with significant votes against (more than 20%) has risen, with three companies failing to pass pay proposals compared to one in the previous year.

The UK’s Investor Association (IA) has noted an increase in the number votes opposing the re-election of individual directors – based on decisions they made as remuneration committee members.

This could add to the evidence that boosting directors’ accountability can help to rein in pay. In Australia, the “two strikes” rule dictate that if at least 25% of shareholders vote against remuneration for two consecutive years, an automatic vote is triggered on whether to force the entire board, save the managing director, to stand for re-election. Research from the Australia Institute suggest that pay has moderated since the rule was introduced in 2011, with numerous instances of boards “quickly backtracking to save their skin” after the first strike.Hot-button issues for 2019:

LTIPs are open to criticism for encouraging short-termism, with executives able to inflate share prices via buybacks. Between 2006 and 2015, 459 companies in the S&P 500 completed $3.9trn in buybacks, equal to 54% of their net income.

More recently, tax cuts made in 2018 by the Trump administration resulted in $124bn of stock buybacks, according to JPMorgan Chase.

This idea remains unpopular. Both ISS and Glass Lewis do not advocate caps, with the latter calling the approach “prescriptive”. Others say it is “arbitrary” and with the “potential to cap performance”.

The EU capped senior banker bonuses in 2014 and, despite arguments from the likes of the Bank of England that it would hit financial stability, it seems to have generally worked.

For boards looking to win support for pay proposals, most guidance suggests benchmarking remuneration against peer companies. Blackrock, for example, has announced that it will vote against remuneration seen as “excessive relative to peers”.

However, it can be argued that benchmarking drives up pay as companies attempt to outbid their peers for executive talent or, at the very least, match them: creating a race to the top lacking a mechanism for self-correction.

Instead of exerting restraint, research and anecdotal evidence suggests benchmarking can encourage the ratcheting of pay across the board.

With the popularity of pay benchmarking practices set to continue, remcos seen as overly generous may find the construction of their peer group coming under shareholder scrutiny.

In 2018, US public companies began reporting the CEO/median employee pay ratio as mandated by the 2010 Dodd Frank Act, two years before similar rules come into play in the UK.

The lead-up to last year’s AGMs was particularly fractious. Companies protested that “the exercise would be overly complicated, expensive, and provide little to no value to investors, especially for global companies whose workforces include international and part-time workers”.

Glass Lewis and ISS similarly announced that while the reported ratio would feature in research reports, they would not have any policy implication. Pay firm Pearl Meyer felt pay ratios had “little meaning”.

But unions and pensions funds welcomed the disclosure, arguing that it “would enable investors to judge if executive pay was excessive”. A large pay gap was said to “hurt productivity and increase turnover, ultimately affecting profitability and investor returns”.

In the end, the 2018 came and went without pay ratios significantly influencing SOP votes. It is likely that this will continue in 2019, with both Glass Lewis and ISS indicating that ratios will continue to not impact voting recommendations.

However, it is worth looking at the top line figures from the 2018 proxy disclosures. In the first comprehensive study of the data, the average pay ratio of the first 225 S&P 500 companies was calculated at 339, while 12 companies reported a ratio exceeding 1,000. Leading the pack was toymaker Mattel which reported a ratio of 4,987.

Despite some eye-watering disparities, pay ratios were just not on investor radar screens. Among the top 20 companies with the highest pay ratios, more than half secured 90% or more SOP support — including three of the companies among the top five highest ratios.

France’s ERAFP determines a “socially acceptable maximum” to be 100 times the local minimum wage and 50 times that of the median employee. Pauline Lejay, Head of SRI at ERAFP says that anything beyond this “could lead to internal tensions and, ultimately, performance degradation”.Additionally, ERAFP expects remcos to take into account the pressures faced by the rest of the workforce, for example, redundancies and pay freezes.

This is a promising area. Also called co-determination, the participation of employees in a firm’s decision-making is a model which aims to complement “the economic legitimacy of a firm’s management with a social one”.

Most EU countries require some form of co-determination. This could mean workers resist a buyback in favour of pension investment, for example.

It has also, no doubt, kept executive pay in check. In 2015, the average German CEO pay packet was valued at 62% less than their US counterparts.

In the UK, it’s become a live issue under Prime Minister Theresa May. Businesses can opt to assign the responsibility for employee representation to a board member or create a separate employee advisory council.

In the US, the Accountable Capitalism Act – tabled by Democratic presidential hopeful, Elizabeth Warren in August – has proposed codetermination in a bid to unseat the shareholder as the unquestioned beneficiary of corporate success.