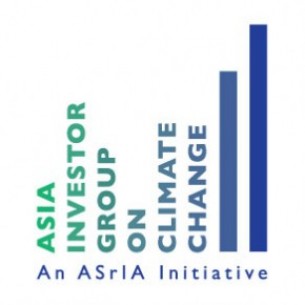 The Asia Investor Group on Climate Change (AIGCC) has laid out a series of activities for the coming 12 months as part of a plan to build asset owner and manager involvement in climate change-related investment in the region. Asia has eight of the world’s top 20 pension funds and 10 of the world’s largest sovereign wealth funds (SWFs). The AIGCC, which was kicked off in 2011, said an increase in Asian asset owner investment in climate change abatement would make a huge difference to regional environmental initiatives.
Some large funds, including Khazanah Nasional Berhad (Khazanah), the strategic investment fund of the Government of Malaysia, and the Government of Singapore Investment Corporation (GIC) already look at climate change in their investments. GIC was one of the backers of the 2011 Mercer report on climate change asset allocation risks.
Khazanah has a strategy unit studying sustainable investing and is believed to be looking for further climate change investment opportunities to add to existing allocations to clean energy regionally and waste-to-energy projects in China. Alexandra Boakes Tracy, AIGCC Advisor and Chairman of the Association for Sustainable and Responsible Investment in Asia (ASrIA), said other large institutional investors outside of Asia had also agreed to act as ‘poster children’ for discussions with Asian investors: they include Australia Superannuation funds, VicSuper, Cbus Super andESSSuper as well as the UK’s Universities Superannuation Scheme (USS) and Hermes, the pension fund manager.
AIGCC said its plans include a training programme for fund managers, bankers and fund trustees, plus round tables and on-line resources to link up Asian investors with their global peers. The group will also release a series of case studies on different Asian cities and regions looking at the potential impact from climate change on local companies. The first, carried out in the coming months in conjunction with a local university and investment banking broker firm, will examine the Pearl River Delta in Guangdong province, China, which includes Hong Kong. The area is one of the world’s most densely populated and is a centre of Chinese industry. Tracy said the report the report’s findings would be fed into investment models for Hang Seng, Hong Kong listed companies. The AIGCC will also be partnering with an Asian pension fund to co-host a business and investor forum in the coming months to look at how to scale up low carbon investment in the region. AIGCC announced the plans at an event ahead of the ESG Asia conference 2012 at the Singapore Stock Exchange organized by Responsible Investor and Responsible Research. AIGCC was initiated by ASrIA in 2011 with seed funding from the British Foreign & Commonwealth Office in Hong Kong and works as an Asia focused forum to address climate change and low carbon investment issues.