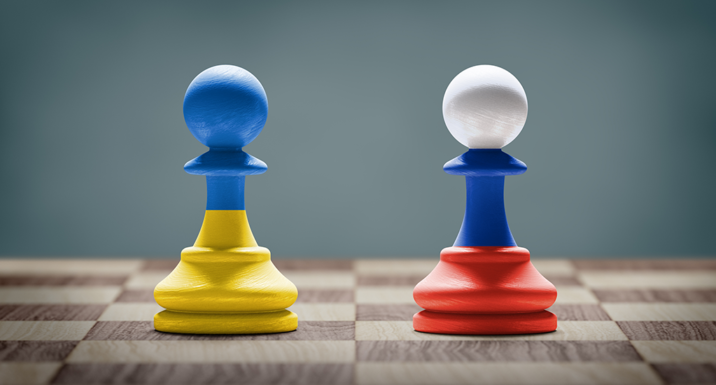 AkademikerPension has excluded Russia from its investment universe in response to its invasion of Ukraine.

The Danish pension fund’s move means it will divest government bonds, as well as investments in companies in which the state owns more than 50%.

In total this represents a divestment approximately worth $46m, corresponding to 0.2% of its AUM; a spokesperson said proceeds would now be reinvested in other emerging market-bonds.

Earlier this week, RI reported that AkademikerPension had placed the nation in “investment quarantine”, meaning it would make no new investments in government bonds or state-owned firms. This followed the pension fund saying in January it would divest if Russia attacked or invaded Ukraine.

“Responsible investment is a cornerstone of our pension fund’s ethos, and we simply do not want to invest in states that systematically violate human rights or international laws and regulations. We have run the numbers and are confident that we can still maintain adequate risk diversification after this exclusion”, said Jens Munch Holst, CEO of AkademikerPension.

Prior to today, Russia was amongst the three nations – alongside Egypt and the UAE – who were “exceptions” to being excluded by the fund.

“We simply do not want to invest in states that systematically violate human rights or international laws and regulations” – Jens Munch Holst, CEO of AkademikerPension

As to why this was, AkademikerPension explained in a blog post: “The process for excluding sovereign bonds cannot avoid certain fundamental dilemmas. Firstly, there is the primary duty to safeguard our members’ pension savings through risk management and diversification, and to exclude all countries which violate human rights would, in our assessment, restrict diversification to an unacceptable degree. Secondly, while we exclude countries with the most egregious violations of human rights, many countries with serious human rights issues are emerging markets in need of capital to develop their economies. In navigating these challenges, we seek to be as transparent as possible by publicising all our holdings in the asset class on our website and reporting at least annually on the main exceptions and dilemmas regarding sovereigns in our portfolio.”

“So, what changed? Russia’s attack on and invasion in Ukraine,” a spokesperson told RI.

Looking ahead, the spokesperson said: “Our exclusion of Russia will probably have the consequence that we will re-include one or more countries from our exclusion list [which currently stands at 48]. But that’s still too early to be more specific on.”

Fellow Danish pension fund, Pensiondanmark, P+, and PBU have also ditched their government bond holdings; with Pensiondanmark additionally cutting ties with all “companies in which the Government has deciding influence.”

Rasmus Juhl Pedersen, Head of ESG at PBU, told RI: “It was the prudent step for us to take, and it reduced our exposure to the immediate regional crisis since we have not held Russian and East European equity since after the Crimea crisis in 2014. The decision to sell our Russian sovereign bonds was also made with a view to the low ESG assessment of Russia in terms of its violation of human rights and the rule of law.”

In response to Russia’s actions in Ukraine, we want to hear from you. What can or should investors do? To tell us your thoughts, which can remain anonymous, please reach out to edit@responsible-investor.com