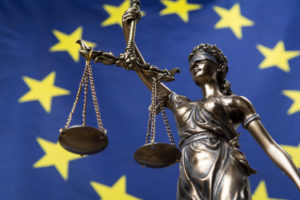 NGOs have voiced concerns after reports emerged of EU member states lobbying for the exclusion of financial institutions from the European Commission’s proposed corporate sustainable due diligence (CSDD) directive.

Earlier this year, the commission published the long-awaited draft of the directive, which would impose mandatory human rights and environmental due diligence requirements across the market.

Reactions to the draft proposal were mixed but it was broadly welcomed by the investor community.

However, some member states – including France, Italy, Spain and Portugal –
are said to be trying to water down the commission’s proposal in the European Council negotiations.

Citing “multiple EU diplomats”, Euractiv reported that policymakers from these countries are seeking to narrow the scope of the directive to cover solely the supply chain of a company. The current proposals would require companies to conduct due diligence on their suppliers and clients, and would hold them liable for how their products are used and disposed of.

Another bone of content is the application of the regulation to the financial sector. Euractiv cited “multiple EU sources” as saying France and Italy are pushing to entirely exempt the industry from the scope of the directive. Germany, Ireland and Luxembourg are said to be looking to exempt asset managers and institutional investors.

A press officer for the Council told Responsible Investor: “The CSDD is on the agenda of the member states representatives later today [18 November], with the aim of approving a general approach that will be taken to the Competitiveness Council on 1 December. However, this is not confirmed at this point. We have to wait for the outcome of today’s discussion.”

The report has already set alarm bells ringing for some.

Isabella Ritter, ShareAction’s EU policy officer, told RI: “We are very concerned about the latest discussions in the Council to remove the downstream due diligence obligations. Limiting the CSDDD to the upstream part of the value chain only is at odds with international standards and would leave many adverse impacts on human rights and the environment undetected.”

She added that it is key not to let the financial sector “off the hook”.

“Narrowing down the due diligence obligations for the financial sector would further mean undermining the achievements made over the last decade in this sector and the efforts of the OECD and responsible investors.”

In February, global investors, ESG ratings providers and large companies called for the directive to cover all businesses established or active in the EU market, including financial actors.

He added: “Equally worrying are rumours regarding blanket exemptions for businesses from civil liability, as the unique role of such liability in ensuring access to remedy and justice for those harmed, while incentivising a true level-playing field of genuine due diligence, would then be rendered meaningless.”

Over in the European Parliament, last week the directive’s rapporteur, Lara Wolters – MEP for the S&D Group – published a report with an estimated 250 amendments to the commission’s proposal.

Among her suggestions, Wolters called for the scope of the directives to be widened, financial institutions to be included in the “high-impact sectors”, the inclusion of good governance as a third pillar along with human rights and environment, and the removal of the limitation of due diligence to “established business relations”.

During a European Parliament Committee on Legal Affairs (JURI) meeting on Thursday, Wolters said: “The report tries to move back towards principles from the OECD and UNGPs, stick closely to the report we voted and supported together, and strike a balance between ambition and impact, and workability and proportionality.”

However, MEPs from various member states pushed back against some of her proposed changes.

Several called for the directive to focus on large companies rather than SMEs and to avoid overburdening companies by, for example, making them look across the whole value chain.

Marie Payne, responsible investment officer at Cardano ACTIAM, told RI: “Increasing the scope of the directive to more companies, as well as increasing the due diligence requirements to a broader value chain, also makes the directive more ambitious and effective.”

She continued: “Environmental and human rights risks exist for companies of all sizes and can be embedded deep in the value chain. We therefore encourage amendments to the directive which ensure a more robust and ongoing due diligence from financial and non-financial companies, throughout the value chain.”

Blankenbach and ShareAction’s Ritter also praised the amendments as crucial to ensuring the final directive is impactful.

“It is LAPFF’s firm belief, especially after having visited communities affected by Anglo American, BHP, and Vale operations in Brazil this summer, that investors have significant leverage in relation to human rights and environmental outcomes,” he said. “In LAPFF’s view, this leverage makes finance a high-risk sector for the purposes of the CSDD.”

McMurdo also praised the inclusion of good governance as a third pillar. However, he noted that the reference to it in the current CSDD proposal is “somewhat vague” . “It’s not clear if there is currently an accurate representation of this relationship between corporate governance, human rights, and environment, but this observation might be more applicable at the point of implementation in any case,” he said.

A spokesperson for the European Parliament confirmed that the next step towards adoption of the CSDD will be for each committee involved in the process to vote on its own opinion on the commission proposal. The Committee on Legal Affairs will then consider these opinions and make its own amendments to the Wolters report before voting on the proposal in March.

Following a plenary vote, there is expected to be a parliamentary mandate for the proposals by May, at which point they will be put to the Council for negotiation.