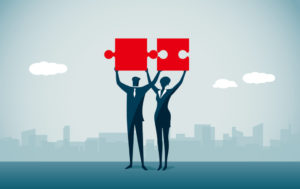 The EU is reviewing harmonisation of its Non-financial Reporting Directive (NFRD) for corporates with the disclosure and green taxonomy laws for companies and investors that emerged from the Action Plan on Sustainable Finance in a consultation released yesterday.

The consultation is the latest step in the revision of the Non-financial Reporting Directive, (NFRD), a priority under Europe’s Green Deal.

The NFRD predates the new disclosures and taxonomy laws of the Action Plan, and the EU wants to make sure the different rules complement each other rather than clash.

As reported by Responsible Investor, the EC expects to draft new related laws  – possibly a Regulation, which is directly applicable EU law, instead of a Directive, which is also EU law but gives leeway to EU member states on how to adopt it – by Autumn this year.

One of the key areas in the new consultation for investors and other stakeholders is how the NFRD and the disclosure and taxonomy elements of the Action Plan fit together as part of a growing EU body of ESG-related regulation.

The Action Plan disclosure and taxonomy laws, which have introduced reporting requirements for companies and investors, “can only fully meet their objectives if more and better non-financial information is available from investee companies,” the EC wrote in the consultation documents.

It is asking stakeholders for their views on the interaction between all the different pieces of related legislation.

In particular, the EC is asking whether the current reporting on “environmental matters” required by the NFRD should be aligned with the six objectives of the Action Plan’s green taxonomy.

The scope of the NFRD and other pieces of legislation will also be informed by a study by the Centre for European Policy Studies (CEPS), a Brussels-based think tank, looking at whether more companies should be covered by the rules in future. CEPS could release the study by June this year.

Also as reported by Responsible Investor, the EC is asking crucial questions on its plans to create EU-led standards based on existing international sustainability reporting initiatives.

Closely linked to standardisation issues, is the notion of “double materiality” enshrined by the NFRD (i.e. impact of society in companies and vice versa), which no set of standards fully captures in the view of the Commission.

The consultation is seeking clarity on the definition of materiality, as well as, whether companies should disclose their “materiality assessment process” too.

Donato Calace, Innovation Vice-President at ESG-risk management software firm Datamaran, says the latter issue is even more important than the definition of materiality to make sure that companies make the right materiality judgements.

Calace told RI that, in general, all standards provide a definition of materiality, but “they don’t tell companies how to elect the evidence to determine what is material. Those requirements should be written down at least to provide a blueprint [of how materiality is considered]”.

The flow of ESG information that legislation such as the NFRD aims to achieve is also instrumental for active investment stewardship and good governance purposes at corporate elections.

The PLSA is recommending pension trustees vote against directors and board chairs of large companies if they fail to move “towards disclosures consistent” with standards and frameworks such as those of the Taskforce for Climate Related Financial Disclosure, CDP or the Sustainability Accounting Standards Board.

The PLSA also included voting recommendations on other issues such as executive remuneration, audit, company leadership and dividend policy.