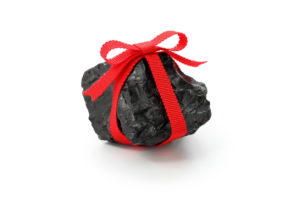 What do Spanish oil company Repsol (via its pension fund) and the Wildfowl & Wetlands Trust, the UK charity founded by WWF co-founder Sir Peter Scott, have in common?

They were both among the 631 investors that backed the “Global Investor Statement to Governments on Climate Change” earlier this month.

It’s a wish list: calling on governments to phase out thermal coal power, a “meaningful” price on carbon pollution, an end to fossil fuel subsidies and updated and strengthened national climate plans (the NDCs) under the Paris Agreement.

But how are such ambitions to be achieved?

RI asked the group’s spokesperson about what is meant by “meaningful price on carbon”. Specifically, what number do the signatories want and how will it be achieved?

Was it their view that there is a role for the International Monetary Fund, the United Nations of the Network for Greening the Financial System (NGFS) or some other mechanism in setting a carbon price?

The answer was that “this is the language that has been used previously (i.e. at New York Climate Action Summit) and does not refer to a specific price”.

“It means a price that is effective.”

A global price on carbon is seen as key to help trigger the energy transition — but you can’t just wish it into existence – even if the CEO of Goldman Sachs is on message.

And why is it ‘only’ 631 investors anyway? The PRI, for example, has 2,456 investor (asset owner and asset manager) signatories. So a huge slice of the PRI universe didn’t back the statement: are we to take it that non-signers don’t give a hoot about a carbon price and the NDCs etc?

Though the statement was backed by the Repsol fund and the wetlands charity, there was no sign of the big groups like BlackRock, Vanguard and State Street.

I’m not arguing with the aims of the statement, far from it.

It provides useful collateral support for policy-makers: ‘look, this is what the investors are calling for’. That is the purpose of such a declaration, of course.

But isn’t it time for there to be more substance to these “global statements” that, in truth, have less to them than meet the eye?

RI has been speaking to some leading asset owners who have done some serious thinking about the carbon price and the potential impact it could have on their investments. We will be covering this in greater detail in the New Year, but suffice to say the findings will “concentrate people’s minds” as the saying goes. And not in a good way.

Speaking of Repsol, it has made a commitment to become a net zero emissions company by 2050, in a move that Carbon Tracker said makes it “the most progressive oil and gas producer on climate”. See RI Interview with Repsol’s Luis Cabra Dueñas here.

Its peer ConocoPhillips also cheered the market with its massive share buyback plans which seems to acknowledge the industry is entering its run-off phase.

Whether these developments are directly due to investor engagement is difficult to pin down. They are both on the Climate Action 100+ engagement list, for example, but the investor initiative has not made any claims of being instrumental in either announcement. RI understands that there is no CA100+ lead engager for Repsol.

ConocoPhillips faced a shareholder resolution on climate a few years ago. The 2016 resolution was filed by Boston Trust, which withdrew it after an agreement with the company.

It had asked the company to publish the scenario analysis it has been conducting of the potential impact on its business operations and reserves against four scenarios “including three that are consistent with achieving a reduction of greenhouse gas emissions to limit global warming to 2 degrees Celsius”.

That message seems to be getting through, one way or the other. Here’s to a prosperous and sustainable 2020.