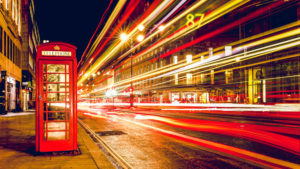 UK financial regulators will begin reporting to government on how pension schemes and companies under their remit are dealing with climate risk, marking a potential watershed moment for the country’s ESG landscape.
The government confirmed in a document published just before Christmas that its four financial regulators – the Financial Conduct Authority (FCA), the Pensions Regulator (TPR), the Financial Reporting Council (FRC) and the Prudential Regulation Authority (PRA) – were all now participants in what is known as the Adaptation Reporting Power (ARP) process.
This requires the Department for Environment, Food and Rural Affairs (DEFRA) to monitor the climate adaptation strategies of national firms and institutions by asking relevant bodies and sectors to report on the topic.
Traditionally, DEFRA has focused on sectors with direct exposure to climate risk, such as harbour authorities, water companies, power suppliers, public transport and airport managers. It has also engaged with public bodies such as the Environment Agency and the Forestry Commission, but has so far paid little attention to the risks that climate change poses to financial markets.

The ARP process, which takes place every five years, is slated for 2019 and, on the back of pressure from the Parliament’s Environmental Audit Committee, DEFRA last spring invited the FCA, TPR and FRC to take part.The FCA and TPR between them regulate the country’s pension funds, while the FRC is responsible for corporate reporting. The FCA also oversees financial advisors.
The PRA, which sits under the Bank of England, accepted an invite to participate under the ARP in 2014, prompting its headline-grabbing work on climate risk in the UK insurance and banking industries. This culminated last year in a draft Supervisory Statement on climate – for which the consultation deadline is next week – which will eventually be part of the PRA’s supervisory framework. The proposal included requirements for board-level oversight on climate risk and evidence of a “credible” game-plan on the topic.
Given the significance of this work, there is hope that the ARP process will kick-start similarly major developments in the pensions and corporate arenas of the UK markets. In October, the FCA launched its own consultation on its approach to climate and green finance, namechecking green taxonomies, disclosure, impact measurement and consumer protection in a forward by CEO Andrew Bailey, who was Deputy Governor of the Bank of England when it first undertook the ARP work.
The Pension Protection Fund – the UK’s ‘lifeboat’ for troubled pension funds – was also invited to participate, but is not listed in DEFRA’s latest document, suggesting it has not yet taken up the invitation.