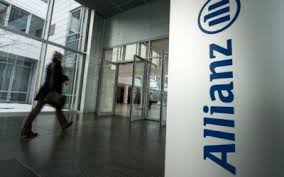 Allianz, the German insurance and pensions giant with €600bn in assets, says it has implemented a directive requiring asset managers that invest on its behalf to respect ESG (environmental, social and governance) considerations.

According to Allianz, a signatory to the Principles for Responsible Investment (PRI), the ‘ESG Directive’ came into force in the fourth quarter of 2014 and is valid for virtually all of its investments, including equities, fixed income, renewable energy, infrastructure and real estate. Since the directive’s rollout, 92% of Allianz’s external managers are in compliance.

However, “due to the range of asset classes we invest in, our directive does not provide a one-size fits all approach to ESG. Therefore, the responsibility for defining the most suitable ESG approach for a specific investment primarily rests with the respective asset manager,” Allianz writes in its latest Sustainability Report. In any case, Allianz says its asset managers must avoid banned or controversial weapons like cluster bombs and anti-personnel mines. Also, “we’ve developed a watch list for sensitive countries where systematic human rights violations occur. Our criteria are based on a range of international human rights country-level assessments ranging from conflict zones to corruption levels,” it says.

Regarding fossil fuels, Allianz says that while it recognises the sustainability risks associated with the sector, it continues to invest both in it and in renewable energy. At the end of 2014, the insurer’s renewable portfolio was worth more than €2bn and included 55 wind and solar parks in four European countries.Says Allianz: “Even though it might be perceived as contradictory, we see both sides of the argument – the need to contribute to global energy security and to economic development while also maintaining our commitment to a low-carbon economy.” On real estate, Allianz adds that integration of ESG means that, before investing, it measures the energy efficiency of properties and mandates green certification of new or refurbished assets. Property accounts for around 5.5% of Allianz’s total assets.

The directive was developed by a special internal work group and approved by its ESG Board. Formed in July 2012, that Board consists of Allianz executives Clement Booth (Head of Insurance), Maximilian Zimmerer (Chief Investment Officer) and Jay Ralph (Head of PIMCO and Allianz Global Investors).

The report also reflected that third-party assets managed sustainably by PIMCO and Allianz Global Investors (AGI) rose 23% last year to total €117.4bn. Broken down, PIMCO accounted for €95.4bn of the volume and AGI for €22bn. With respect to the total volume managed by PIMCO and AGI, the sustainable assets make up 7%.

Allianz says, the growth in the assets was driven both by positive equity markets and a more favourable exchange rate between the euro and the dollar. Another driver was “inflows from third-party clients, including new ones, especially into fixed-income and multi-asset products,” it adds.