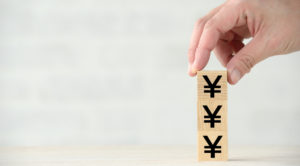 Nearly half of the respondents to a survey of Japanese investors on ESG said they expect companies to take a double materiality approach in their sustainability disclosures.

The Nikkei affiliate data provider QUICK ESG  surveyed 48 Japanese asset managers and five asset owners – 23 of which were PRI signatories – to “clarify the actual situations of ESG investments by institutional investors based in Japan”. The investors had investments in Japanese stocks of approximately 183.9 trillion yen ($1.6trn) as of March 2021.

Some 46% replied “double materiality should be emphasised” to a question asking what stance they expect companies to take regarding materiality. Double materiality refers to how business activities impact the environment and society, as well as how corporate bottom lines could be hurt by sustainability issues.

The findings come at a time when materiality – and the approach to it across different regions – is high up the agenda of the responsible investment community.

For instance, while new corporate sustainability rules being developed in Europe are expected focus on double materiality, when the ISSB was launched in November, the IFRS said that its new standard would focus on ‘enterprise value’, stating that its corporate disclosure requirements will include those “that address companies’ impacts on sustainability matters relevant to assessing enterprise value and making investment decisions”.

Returning to the Japanese survey, 17% of respondents replied to the materiality question saying that single materiality “should be emphasised, but ESG issues affecting business performance in the medium to long term that are not included in those materialities should be identified”. A further 14% said that companies should shift to a double materiality approach in either five or 10 years.

Only 7% of respondents called for an emphasis on single materiality only.

For the 15% who selected “Other”, responses included: “We consider both to be important if they are desirable from the perspective of increasing shareholder value” and “the situation differs depending on the investment strategy”.

More broadly, when it came to the most popular ESG investment approach, 87% prioritised integration, while engagement was a close second at 83%.

On stewardship, the top theme was climate change, followed by human rights, diversity and inclusion, environmental supply chain, and biodiversity. Biodiversity had notable shot up in terms of engagement importance – some 36% of respondents said it was a top theme of engagement, compared with just 9% in the previous survey.