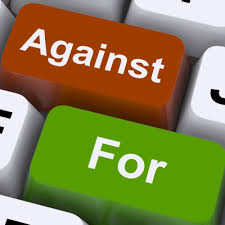 The Association of Member Nominated Trustees (AMNT), the UK not-for-profit organisation, is considering setting up its own pooled fund to implement its ‘Red Lines’ environmental, social and governance (ESG) voting guidance at companies amid what it says is resistance from asset managers.

The AMNT, whose members now represent funds with £650bn (€758bn) in assets, launched the project last year as a set of comply-or-explain set of “red lines” for their fund managers on environmental social and governance (ESG) voting at companies.

But the AMNT says take-up has been slow amongst some, not all, asset managers.

“We are considering an alternative index fund if pooled fund managers refuse to cooperate,” said Janice Turner, the co-chair of the AMNT, whose ‘day job’ is with the BECTU media and entertainment trade union.

She said: “We’ve been approached by a major fund manager who is interested in pursuing this.” RI understands the fund manager, who hasn’t been named, approached the AMNT ‘out of the blue’ and not following a tender.

At a meeting this week to debate the role of trustees, the AMNT took a non-scientific electronic straw poll to gauge potential interest in a possible new fund and found that 47% would support a customized ESG fund – though just 18% supported paying a premium for an RI overlay. The association will now send out the survey to its wider membership.“There are no promises that this fund is going to be set up,” Turner said. But the AMNT feels it’s not being taken seriously by all parts of the fund management industry, although it is being stressed that some fund managers are actually doing a lot to implement their Red Line Voting plans.

Turner cited not only the 2014 guidance from the Law Commission that trustees should take ethical or ESG issues into account where they think they are financially material and strong support from Pensions Regulator Lesley Titcomb last week – but also the European Pension Fund Directive.

The updated directive, with ESG provisions, is officially called the Institutions for Occupational Retirement Provision (IORP) and is set to go to the vote at the European Parliament this week – although delays mean the vote is now scheduled for tomorrow (Thursday). “We know in the long run everyone will have to do this. This is the way things are moving,” Turner said – regardless of whether IORP is transposed into UK law in the context of Brexit.