large institutional investors is at a multi-year – perhaps all-time – high, and I doubt anyone expects it to reduce soon.

In fact, with public awareness growing, new issues being picked up (more ‘S’, anyone?), good-quality NGOs surveying voting, and new regulations still bedding down, it is an incredibly busy area.

Against that backdrop, the UK’s Minister for Pensions and Financial Inclusion set up The Taskforce on Pension Scheme Voting Implementation with two purposes: to propose practical solutions to voting-related issues, and to boost pension scheme stewardship “through the system”.

We have spent several months listening to people who have varying roles in the system. A common theme has been that voting is not working as well as it should. The reasons cited fall into three main categories:

These comments will obviously influence our thinking.

then reluctant to be open. I would frequently say “so the conclusion from what you say is that XX is not helping/won’t do what you want/won’t put the necessary effort in” (delete as you choose, all have come up). And this was followed by (virtual) foot shuffling or chair squeaking. Clearly all is not well.

Against this backdrop, the taskforce wants to do several things in a survey we have launched here with versions for owners, fund managers and advisers/others. We have several aims.

Our questions offer all interested parties a chance to give us chapter and verse on why they think split voting is illegal or legally problematic… If we do not receive a compelling reason, we will draw our own conclusions

First, we want to collect data on trustee and scheme satisfaction with services being offered. Trustees must now publish engagement and voting reports, and we want to establish how that process is working and whether trustees are able to set the policies they want and have to report on.

Second, we want to understand more from stakeholders about the very evident frustrations generated by the first year of reporting on “significant votes”.

Third, we ask about the vote reporting that trustees currently receive and the reporting they would like to receive.

Some questions seek information on a long-standing boil in the sector – the contentious issue of whether owners can instruct how votes are cast in a pooled fund. As it happens, the issue seems to be starting to solve itself. New products have been launched where owners can set an “expression of wish”. Some schemes are running tests with new market entrants who facilitate engagement with beneficiaries with a view to considering their views before votes are cast.

In the past some have said it might breach fiduciary duties to split the vote in a pooled fund, but late

last year, in their inquiry into intermediated securities, the UK’s Law Commission reported: “Some asset managers do permit split voting in relation to pooled funds. This suggests that such legal barriers may be surmountable.”

A trustee from a large pension scheme and a responsible investment lead have both told us “split voting is inevitable and will come soon”. Our questions offer all interested parties a chance to give us chapter and verse on why they think it is illegal or legally problematic (if they believe it is). If we do not receive a compelling reason, as it seems the Law Commission did not, we will draw our own conclusions.

So, the taskforce’s current view is that there are improvements that should be made in pension scheme voting. Many seem simple – standardisation in some places, clarity in others, and more openness. But having heard a lot so far, we want to hear more. The survey allows respondents to answer on behalf of their employer or trust, or as individuals. Please have your say! 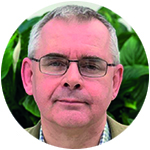 Simon Howard is the former CEO of the UK’s Sustainable Investment Forum, UKSIF, and Chair of the Taskforce on Pension Scheme Voting Implementation