Responsible Investor
Home News & Analysis Governance Analysis: 2015 is shaping up to be the ‘year of tax’ as...
Return to search
Institutions 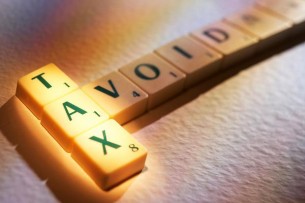 Although only just a few weeks old, it looks like 2015 could be the year when institutional investors start to tackle controversial corporate tax matters head on, if a groundswell of activity is anything to go by.

Corporate taxation has been rumbling on as an issue for several years, with major outfits like Amazon, Starbucks, Apple and Google under an intense media spotlight over their tax practices. Just this month, the European Commission detailed Amazon’s tax deal with Luxembourg, claiming it artificially lowered and “capped” the online retailer’s tax bill, a breach of European Union law.

But investor action hasn’t been so visible as yet, though quite a lot has taken place behind the scenes. However, lately there has been a flurry of activity which suggests the issue could be on the verge of breaking out as a major investor focus. As RI reported recently, Legal & General, the Church Commissioners and Rathbone Greenbank are working with the Principles for Responsible Investment (PRI) on a shared space on corporate taxation that will be hosted by the PRI. This is the culmination of a two-year programme that is only just breaking cover. Meanwhile, the Council of Institutional Investors (CII), the US body representing asset owners with some $3trn, is also getting in on the act, with a webinar next month for its members on the same topic.

Interestingly, it will be moderated by Anne Simpson, the Director of Global Governance at CalPERS, a clear sign that the largest US public pension fund now has tax firmly on its radar screen. Simpson, who sits on the CII board, is a former Executive Director of the International Corporate Governance Network (ICGN) and a former co-head at UK governance research house PIRC.

And in a further sign that this could be the year when corporate tax comes under the full glare of investors’ attention, the Local Authority Pension Fund Forum (LAPFF), which brings together 62 local authority funds with combined assets of over £150bn (€199.4bn), has also clearly signalled that it will focus on corporate tax reform.

The Forum – which is advised by PIRC – has revealed that it has retained the services of Richard Murphy, thecampaigning tax expert who was a founder of the Tax Justice Network and who now runs advisory firm Taxation Research

Murphy will help to formulate a programme to request a range of tax related details from FTSE100 companies on behalf of the Forum. LAPFF says it will move on from its November 2014 Investor Statement backing the modernisation of international taxation frameworks that was released ahead of the Brisbane G20 Summit to develop partnerships to promote a “strong investor voice” on tax disclosure. It sees the initiative as a “sensible bridge” between the intricacies of international tax practices and investor focus on long-term value creation over “short-term tax driven arbitrage”.

“The more forward-looking FTSE100 boards and the big four accounting firms will recognise that transparency and disclosure on tax matters is at the heart of the reform process,” LAPFF says. The Forum acknowledges that investor scrutiny of corporate taxation practices has lagged public opinion but says the impetus is now growing as investors realise the risks to the global financial system from “opaque” behaviour.

Elsewhere, there’s also the revision to the European Shareholder Rights Directive for investors to focus on. It is currently working its way through the legislative process at both the EU Parliament and European Commission. A key element of the directive concerns ‘related party transactions’, i.e. business deals between two linked parties. Some observers reckon they are frequently vehicles for tax avoidance. This aspect of the directive is being seen as a crucial part of the legislation, so the wider investment community would be advised to keep tabs on it.

And last but by no means least, there is the OECD’s mammoth ‘base erosion and profit shifting’ (BEPS) project that is aimed at curbing multinational companies’ tax avoidance. The BEPS ‘Action Plan’ provides for a total of 15 actions scheduled to be finalised by the end of this year. One wrinkle to the BEPS initiative that some leading investors have warned that it could inadvertently hinder their own cross-border investment: yet another reason for investors to be vigilant here. All in all, taxation has rarely been so interesting – watch this space!