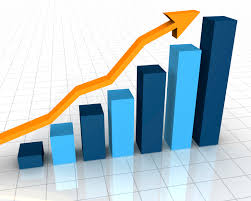 Which countries’ asset managers are the most likely to adhere to sustainable investments? According to both conventional wisdom and a new study commissioned by German asset manager Union Investment, the answer is Sweden, Norway, Denmark and Finland, where 61% of total institutionally held assets are invested according to sustainable criteria.

Following closely behind is the Netherlands, where ESG-influenced holdings form just over half (53%) of total investment portfolios. The UK, despite recent disagreements with the rest of Europe, is the third-largest holder of sustainable investments with 43% of total assets (Link).

Though the proportion of sustainably invested assets is high among Dutch and British managers, however, the two countries have the smallest proportion of asset managers who use sustainable standards (50% in the UK and 54% in the Netherlands, compared to a European average of 63%). The report’s authors suggest that one possible explanation is that when investors decide to take the ESG plunge, they do so seriously, redistributing a large amount of capital at once.

Though Union Investment makes the case for sustainable investment being a wholly “European issue”, the rate of SRI uptake elsewhere in the continent is varied.

Of the 803 institutions in 10 European countries which manage total assets of €7.8tn polled for the survey, those in Germany and Italy invest the smallest proportions (33% and 22% respectively) of their portfolios with ESG factors in mind. Of these investments, relatively little are put into sustainable equities, too, with a preference for bonds (Germany), infrastructure (Italy) and real estate (both).

Indeed, another new study – the annual benchmark report by the Responsible Investment Association Australasia (RIAA) – suggests that SRI uptake may be faster and keener in the antipodes. It reports that just shy of half (47%) of all professionally managed assets in Australia were invested responsibly in 2015, accounting for around A$633bn (€435bn) of investments.Money held in “core responsible investments”, which RIAA defines as sustainability-themed investments, ESG screened products and impact or community finance vehicles, contributes $51.5bn to this figure, double the figure two years ago and representing a significant rise as a proportion of Australia’s total assets under management: up to 3.8% in 2015 from 2.5% in 2014.

“It is clear that we are now on an unstoppable trajectory”

The remaining $582bn of responsibly invested money is held in funds with broad responsible themes or ESG data integration. This figure has fallen by 3% year-on-year, however, in contrast to or perhaps because of the growing uptake of core responsible investments.

Such investments have performed well for fund managers, too: core ESG investments have outperformed the ASX300 and the average large cap Australian equities fund whether over a one, three, five or 10-year timescale. The report, a key market stock-take, makes a case for such performance showing that while divestment is an increasingly used shareholder tactic, capital is “just as strong when it is being used to support industries, companies and assets” that promote a healthier world.

Its authors added: “Based on movement in the markets in the last two years, it is clear that we are now on an unstoppable trajectory where responsible approach to investment, superannuation and banking is the benchmark against which good investors should be assessed.”

RIAA’s 165-strong membership comprises superannuation funds, asset managers, banks and other professionals who between them manage in excess of $1tn in assets. The association is poised to publish its findings about New Zealand’s responsible investment outlook later this month.