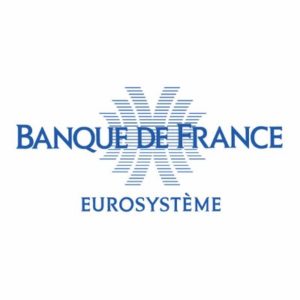 The recent announcements by the Banque de France about carbon exclusions and the Dutch central bank’s decision to sign up to the PRI make it clear that (some) central banks are becoming responsible investors.

As we reported yesterday, the former will exclude at least 20% of companies emitting the highest levels of C02 from both its internally and externally managed investment portfolios and blacklist companies producing more than 20% of their revenues from coal extraction or coal-based electricity production. And it will ramp up the voting activity at company annual meetings as well.

The latter has developed a five-point RI plan and will use ESG to select external asset managers.

While the role of central banks in climate change and the finance sector is well enough known, given the profile of Bank of England Governor Mark Carney, research such as that from the DNB itself and the momentum of the new Network for Greening the Financial System (NGFS), their status as engaged owners is far less visible. Which is why the latest announcements are so interesting.

Although the likes of the Swiss National Bank, for example, avoids shares in companies that seriously violate fundamental human rights or systematically cause severe environmental damage, the idea that central banks – as a group – are responsible asset owners is a relatively new one.

Neither the Banque de France nor the DNB announcement has had a lot of coverage but the implications are significant. Both banks have large reserves so they are important players in their own right in terms of sheer assets under management: woe betide any institutional marketer who loses one of these blue-chip clients because of poor ESG performance! But their position at the apex of the financial system is more important.

Our Senior Reporter Vibeka Mair, who broke the story of the DNB signing the PRI months ahead of the official announcement, was a moderator of a New Economics Foundation event focused on central banks this week – underscoring the common ground between what might be termed ‘mainstream’ institutional ESG and the “new kids on the block”, the central banks. This was picked up by the PRI’s Don Gerritsen, who has noted how central banks’ RI strategies “are not significantly different” from other asset owners.

But as one event delegate noted, such an event would have been unthinkable even two years ago, such is the pace of change.

There was talk of central banks creating their own green taxonomy as it was felt the EU Action Plan has been subject to corporate capture.Greening central banks’ balance sheets is clearly a hot topic but there’s a worry that they may be seen to be exceeding their mandates. And the point was raised that no one is responsible for financial flows under the Paris agreement, so maybe central banks have a role in this.

Will future historians read the minutes from 2019 and applaud today’s decisions?

The European Central Bank has emerged as a big buyer of green bonds, so it is an almost ‘accidental’ responsible investor.

But some central bankers have sounded a note of caution about green finance. Late last year ECB Executive Board Member Yves Mersch warned of Ponzi risk.

And there are notable absences from the NGFS, such as the US Federal Reserve (see separate story) and the bank of Japan (although the country’s regulator, the FSA, is a member).

One person who epitomises the new central-bank-as-responsible-asset-owner paradigm is Else Bos.

She is currently Executive Director and Chair of Prudential Supervision at the DNB but will be better known within the asset management industry as the former CEO of Dutch pension investment giant PGGM.

And it’s worth noting that Bos, who is an advisor to the FCLT Global long-termism initiative and who was on the board of Sustainalytics at one point, was a director of the PRI for seven years.

She made a speech last year about integrating sustainability within the DNB, drawing on her experience at PGGM and in which she called Mark Carney “a source of inspiration” and mentioned the importance of the UN Sustainable Development Goals for central banks.

Of course, the central banks are nothing if not long-term institutions. The Banque de France was created under Napoleon and the DNB is of a similar vintage. The Bank of England still has meeting minutes dating back to 1694, and you can see them in its archive.

Now it’s climate change and responsible investment that are on the agenda. Will future economic historians read the minutes from 2019 and applaud the decisions that are being taken today?