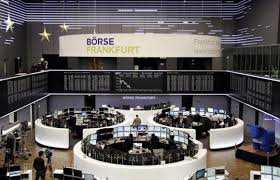 One of the mysteries on Frankfurt’s stock exchange is the newly listed stock of Chorus Clean Energy, a provider of renewable energy funds for institutional investors.

In mid-October, Chorus, which is based in Neubiberg near Munich, held an initial public offering (IPO) of its shares in Frankfurt, raising €119m from investors in the process. Quite an achievement for a company with annual sales of just above €50m.

In examining Chorus’ fundamentals, it’s easy to see why the company appeared attractive at first. Between January and September of this year, Chorus did almost as much in sales as it does in a year (€49m). It also reported operating profit on an EBITDA (earnings before interest, taxes, depreciation and amortisation) basis of €39.5m. Stated another way, that’s an 80% return on business assets.

Just today (December 23) it announced that it has acquired a solar park as well as a wind park in Germany for “two notable pension funds”. Yet the stock is languishing below the €9.75 IPO price.

Equity markets have been volatile of late, but the trend has generally been upward. Where Chorus is concerned, market players say there are two main reasons why the stock has gone nowhere.

One is structural and slightly unfair to “small” companies like Chorus (market capitalisation: €264m) and the other has to do with how the market views its future.

As to the first reason: Due to its small market cap, CHORUS is currently listed on the ‘Prime Standard’ segment of Frankfurt’s bourse and not (yet) on the small-cap “SDax” index that German stock analysts and investors pay the most attention to.This makes it hard to generate awareness and hence liquidity in the stock. And as long there is little liquidity, investors will take a pass – a ‘Catch-22’ dilemma. Says Union Investment, the Frankfurt-based asset manager that has holdings in numerous German firms: “For investors, availability of information on stocks as well as liquidity are crucial. Small caps therefore often trade at a discount vis à vis the whole market.”

The other reason for Chorus’s weak stock performance has to do with scepticism about its future. As German private bank Berenberg points out in a research note, this is because of the risk associated with the company’s dependence on public subsidies. Indeed, Europe’s transition to a green economy has been a bumpy road, with Spain, Italy and now the UK having cut subsidies for budget reasons.

Berenberg plays down the risk in the note. “There is a potential risk of retroactive tariff cuts in relation to the current assets. Chorus’s diversified portfolio, however, makes it unlikely that these will be implemented to an extent that could have a materially adverse impact on the future returns of its investments,” the bank says. Berenberg, which was a book runner for the IPO, has set a price target of as much as €16 for Chorus’s share.

But the fact is Berenberg’s “doomsday scenario” for the stock, which values it a €9.40 a share, has come to pass. It seems that investors are not persuaded by the bank’s optimism. Responsible Investor also understands that Chorus’s share was weighed down by the fact that several former owners decided to cash out during the IPO. Following the event, founder Peter Heidecker retains a 13% stake in the firm. Its management has another 1.5% stake, and the rest is the free float.

Chorus itself says its lack of familiarity on the Frankfurt stock exchange is the main reason why its stock hasn’t caught fire since the IPO. “We are, however, confident that as our stock becomes more familiar to market players, it will perform better.” Chorus points to the price target set by Berenberg, but also comments from BHF-Bank and M.M. Warburg, two other private banks that see the stock trading at €13 in the short-term.