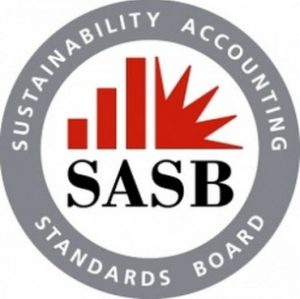 The appointment of Madelyn Antoncic as CEO of the Foundation governing the Sustainability Accounting Standards Board (SASB Foundation) sends a clear message that the organisation has crossed its Rubicon and is determined to go global.

Antoncic, an economist by trade with a long career in Wall Street and former Vice-president and Treasurer of the World Bank, seems an ideal leader if that’s the mission.

But is SASB ready to export worldwide its standards – arguably the organisation’s most precious asset but still a truly US-centric product – without the support of a solid technical research team?

Even if global adoption is the priority, grey matter would still be required not only to maintain the quality and relevance of the standards but also to perhaps help with domestic adaptation in other jurisdictions outside the US.

SASB’s Mission Statement twice cites the term “evidence-based research” as the root of its standards.

In addition, its American DNA can be easily identified.

The Statement declares that the purpose is to help listed companies in disclosing “material information” to investors in mandatory filings with the Securities and Exchange Commission (i.e. Forms 10-K and 20-F).

“SASB Standards are aligned with existing US securities laws,” the Statement says. As an example it says the standards help to comply with Regulation S-K disclosures (which mandate SEC registrants to disclose in their MD&As whatever can have a “material” impact on the company’s financials).

And notably, the US Supreme Court’s definition of “materiality” has been the cornerstone upon which the standards have been built.

The appointment of Antoncic as CEO enhances the global outreach and commercial efforts that SASB is undertaking but it might not necessarily reinforce the foundational “evidence-based research” mission of the standard-setting body.

In May 2017 SASB transformed its governance structure to become a proper accounting standard-setting body – the priority being then to finalise a codified set of standards by 2018.SASB then created a governing body (SASB Foundation) of the “organisation at large”, and an independent standards board.

In less than two years two heavyweights have left SASB.

First to go was Jean Rogers, the founder and former CEO, left SASB in April 2018.

Second, David Post, the former Director of Research who joined in May 2017, was made redundant just about a month ago.

A SASB spokesperson told RI that the governance structure has not changed. According to SASB, Antoncic’s primary focus will be “promoting use and adoption of the standards” and to engage market participants such as corporate leaders, investors, regulators and exchanges.

Her role will be based out New York, and it seems she will share executive functions with Mathew Welch, President of the SASB Foundation, based out of San Francisco. She is also a board director at S&P Global Ratings, a position that will be able to keep, as according to SASB “the role is separate from S&P’s commercial activities” and a review of the Foundation’s Board of Directors concluded “there is no conflict”.

From a non-US perspective, SASB’s global ambitions are not free from irony when the recent history of the IFRS Foundation and the International Accounting Standards Board (IASB) is taken into account.

IFRS expanded globally under former IASB Chairman, Sir David Tweedie, during the noughties. The goal was to have a universal accounting language for listed companies that would be endorsed by national law – including the whole EU bloc.

The only country that resisted the adoption of IFRS was the US, which saw it as relinquishing its sovereignty to an alien organisation and refused to give up the US GAAP issued by its Financial Accounting Standards Board (FASB).

It is now the SASB Foundation (like the IFRS Foundation back in the day) that is asking everyone else to adopt their standards.

Many would either embrace such adoption willingly or perhaps be persuaded by a charismatic new CEO to do so. But the question remains: can SASB embark on this process without investing in “evidence-based research” too?