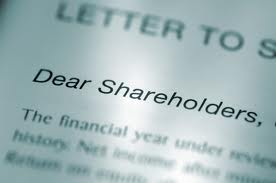 The European Commission has introduced a sweeping set of reforms aimed at promoting long-term investment.

It is planning to revise the Shareholder Rights Directive, following its ‘communication’ on long-term financing earlier this year and 2012’s Corporate Governance Action Plan. Combined with an earlier agreement on the corporate disclosure of non-financial information, it all adds up to a comprehensive package of reforms to rectify what it terms the “suboptimal” corporate governance of EU companies.

While most attention will no doubt focus on the binding “say on pay” element of the proposals, for institutional investors the Commission has dropped a bombshell by making investor-corporate engagement a requirement (albeit on a comply or explain basis).

It bears repeating: under the proposals, institutional investors in the European Union will be obliged – by law – to engage with the companies in their portfolios, with the explicit aim of boosting long-term investment.

They will have to show how they integrate shareholder engagement in their investment strategy, monitor companies (including on their non-financial performance), conduct dialogue, exercise voting rights, use proxy advisors and cooperate with other shareholders.

The new rules could be in place by the beginning of 2015, although the text has to be approved by the member state-level Council of Ministers and the European Parliament (there are elections next month) before becoming law, so the precise timing and wording might change.

“Today’s proposals will encourage shareholders to engage more with the companies they invest in, and to take a longer-term perspective of their investment.”

Eumedion, the Dutch based corporate governance and sustainability forum whose members have more than €1trn under management, said the revision strikes the right balance between shareholder rights and responsibilities. “Shareholders are granted important additional rights that enable them to further improve their performance as responsible and engaged shareowners, while listed companies benefit from more involved and better known shareholders.”

But it was wary of imposing rigid and detailed disclosure rules on investment policies and mandates, arguing this would not contribute to the overarching goal of long term sustainability of EU listed companies and an attractive environment for investors.

The National Association of Pension Funds, the UK trade group, said that while greater transparency around activities was beneficial the “new disclosure requirements must be practical”. It warned against unintentionally tying investors’ hands or creating a “tick-box exercise at the expense of encouraging the right behaviours”.

“While some aspects of the Proposal need to be looked at more closely, we are very happy to see that the Commission is bringing the responsibility of asset owners and intermediaries into the equation, as these are two critical, but often forgotten, participants in the overall investment chain.”

Eurosif welcomed the requirement for asset owners and asset managers to develop and publicly disclose engagement and voting policies and provisions facilitating the exercise of shareholder rights. And it also backed the recognition of the importance of monitoring the non-financial performance of investee companies.

Eurosif will consult its members to analyse the details of the proposal and publish a more comprehensive response “in due course”.

But one group that has not welcomed Barnier’s proposals is UK-based proxy firm Manifest Information Services, which calls the provisions surrounding proxy advisors “frankly unworkable and anti-competitive”. The Commission says it has “doubts on the reliability of the advice of proxy advisors, due to insufficient transparency on the methodology used” and possible conflicts of interest.The text requires proxy firms to guarantee their recommendations are “accurate and reliable” and disclose – on an annual basis – their methodologies, information sources, the nature of their dialogues with companies and the total number of staff involved in making recommendations.

And they will have to identify and disclose “without undue delay” any actual or potential conflict of interest or business relationships.

Manifest tweeted: “If proxy analysts are required by EC to ‘guarantee their recommendations’ will sell-side analysts do likewise?”

It is part of a group of proxy advisors, along with Glass Lewis, Institutional Shareholder Services, IVOX, PIRC and Proxinvest that have formed an industry group (the Best Practice Principles Group) at the request of the European Securities and Markets Authority (ESMA) watchdog. In a review of the industry, ESMA found no market failure and called on it to self regulate.

In response, the firms last month published a set of comply-or-explain principles for shareholder voting research. Now the Commission has apparently overruled ESMA and is looking at a regulatory approach.