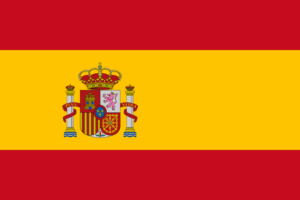 The corporate governance sector in Spain, seen as something of a backwater, is showing signs of life with news that advisors are taking on some of the country’s leading executives.

The Expert Corporate Governance Service (ECGS), the European network of proxy advisors, have recommended voting against Ignacio Galán and Josep Oliu, the chiefs of Iberdrola and Banco Sabadell respectively, due to a perceived accumulation of power.

Both companies are parents of UK companies. Iberdrola owns Big-Six utility company ScottishPower and TSB Bank has been a subsidiary of Banco Sabadell since 2015.

GaIán and Oliu both combine the role of CEO and board chair. Galán has been Chairman-CEO of Iberdrola since 2001 and Oliu has been Executive Chairman since 1999, after a nine-year tenure as CEO.

ECGS has recommended voting against both as it believes there should be a clear division of responsibilities between the executive management of companies and the leadership of boards.

The recommendations are in line with the UK Governance Code curated by the Financial Reporting Council and the Global Governance Principles of the International Corporate Governance Network.

The Spanish Governance Code of the Comisión Nacional del Mercado de Valores (CNMV), the regulator, does not recommend the separation of roles.

The Code recommends that when the chair of the board is also an executive of the company, a lead independent director with additional powers should be appointed to avoid “vesting of a great deal of power in the hands of a single person”.

Juan Prieto, CEO and founder of Corporance, the Iberian partner of ECGS, told RI that another of the key concerns at Iberdrola was the remuneration of non-executive independent directors, with three of them paid over €500,000 and a fourth one paid €486,000.

“The independence of non-executive directors can be compromised by very high compensation. It is not a judgement based on their worth but on corporate governance principles. If the role becomes a full time high-paid job, the directors become executives of the companies.”

As such ECGS has also recommended voting against the remuneration report (there won’t be a binding vote until 2021).

ECGS has concerns over Galán’s total cash compensation (€3.1m, more than twice the median at European utilities and large Spanish non-financial companies) as well as his severance payments entitlements worth up to five years of base salary. In total, Galán remuneration is close to €6.5m.US-based ISS has also opposed the re-election of Galán. Its voting report states that he “combines the positions of board chairman and company CEO and is not proposed for an interim term. Consequently, his reappointment is not warranted at this time”.

In the case of Banco Sabadell, ECGS is recommending voting against six items of the ballot. The main one is the opposition to Oliu, who has carried executive responsibilities for almost 30 years: as CEO from 1990 to 1999 and as Executive-Chairman since 1999.

Corporance’s Prieto noted that the re-election for a four-year term is also indicative of a succession planning issue, as Oliu will be 70 in April.

ECGS has also advised voting against the re-election of Sabadell’s statutory auditor, PWC – in place since 1982. The AGMs of Iberdrola and Banco Sabadell are on March 29 and 27, respectively.

The dissent at Iberdrola and Banco Sabadell comes after some shareholders sent signals of governance-related concerns at the AGM of banking group BBVA on March 14.

Glass Lewis recommended abstention on the approval of corporate management after it emerged in January that BBVA is investigating corporate spying allegations.

Spanish media El Confidencial and Moncloa.com reported that the bank allegedly hired a former police officer boss to spy on construction company Sacyr Vallehermoso and members of the Spanish government regarding a takeover bid back in 2004.

At that time Francisco González was the Executive Chairman. He became the Honorary Chairman in December 2018 when CEO Carlos Torres took over as his successor. The day before the AGM, González resigned “temporarily” until the investigation concluded.

Glass Lewis stated in its report: “While we acknowledge that the investigations mainly focus on years 2004 and 2005, the company only directly addressed the matter publicly following the media reports in January 2019, casting some doubt on the transparency of the actions of the board.”

The level of shareholder approval of corporate management decreased from 99% to 93% this year.

ECGS recommended voting against the re-election of Torres as Executive Chairman, expressing similar concerns to those observed at Iberdrola and Banco Sabadell. It also opposed the remuneration package.