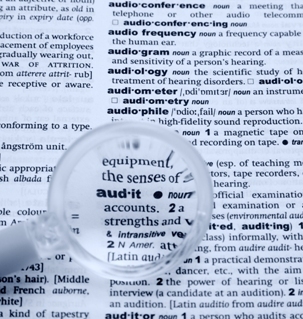 A damning report from UK competition authorities on the auditing market suggests that shareholder pressure on the topic has started to bear fruit.

Responsible Investor in September last year reported on a campaign by major pension funds and institutional shareholders to pressure the European Union to tighten up regulation of the ‘big four’ audit firms.

Backers of the initiative include the UK Universities Superannuation Scheme, the London Pensions Fund Authority, and the UK Local Authority Pension Fund Forum, which represents 56 local authority pension funds, as well as the four Swedish AP government buffer pension funds and Switzerland’s Ethos Foundation. Asset managers involved include Legal & General, Governance for Owners and The Co-Operative Asset Management.
Now the Competition Commission, an independent public body, headlined its preliminary findings last week in an unambiguous way: “Audit market not serving shareholders”.
“Competition in the audit market is restricted by factors which inhibit companies from switching auditors and by the tendency for auditors to focus on satisfying management rather than shareholder needs,” it went on to say.

“It is clear that there is significant dissatisfaction amongst some institutional investors with the relevance and extent of reporting in audited financial reports,” said Laura Carstensen, Chairman of the Audit Investigation Group at the Commission.So it would seem that the issue of limited accountability to shareholders has been now accepted as a given at the regulatory level, at least in the UK. Despite this, investors no doubt will be braced for a robust rearguard action from the accountancy firms.

“There is significant dissatisfaction amongst institutional investors”

The Competition Commission, which is seeking responses on the report until March 21, is considering various remedies to the situation, with mandatory tendering and mandatory rotation in first and second place on the Commission’s list of seven possible measures, although constraining non-audit services is ruled out.
It correctly identifies the dual role that auditors play in the way the system is currently structured: “Although auditors are appointed to protect the interests of shareholders, who are therefore the primary customers, too often auditors’ focus is on meeting the needs of senior management who are key decision takers on whether to retain their services. This means that competition focuses on factors that are not aligned with shareholder demand.”
Carstensen went on to say that auditors need to be “less like corporate advisors and more like examining inspectors”.
In putting its report together, the Commission held meetings with the Association of British Insurers,
the Investment Management Association (IMA), the National Association of Pension Funds (NAPF), Association for Financial Markets in Europe, Hermes and leading economist Professor John Kay.
Investment industry groups the NAPF and the IMA are both calling for a mandatory re-tendering requirement and the NAPF would like a legal cap that would ensure a maximum run of 15 years with one firm.

But governance research firm PIRC says mandatory tendering “will not be enough”.
“If the concern is that audit firms get too close to their clients there is no reason to expect that simply re-tendering the business would make any difference,” says Managing Director Alan MacDougall.He added: “Unfortunately an impression has been created that the UK institutional investor community speaks with one voice against mandatory rotation. This is not the case, and PIRC believes that, in reality, an increasing number of large shareholders favour a rotation requirement.”
Eric Tracy, Consulting Partner at Governance for Owners, reckons the report is a step forward for investors, adding “we can expect a coalescence of the Competition Commission and EU ideas around compulsory tendering every seven-eight years and compulsory change of auditors every eight-15 years”.