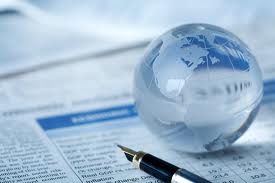 Vestar Capital Partners will be a new name to many in the responsible investment world, but they are now the new overseer of a key link in the RI chain: Institutional Shareholder Services (ISS), the leading proxy voting firm.

MSCI – which had owned ISS since acquiring the RiskMetrics business in 2010 – has announced a definitive agreement to sell the business to the New York-based private equity firm for $364m (€261m).

Vestar, which has invested more than $6bn since it was founded in 1988, is probably best known for teaming up with Kohlberg Kravis Roberts to acquire food group Del Monte in 2010 – which has since been through a transformation into various constituent parts, such as the formation of standalone pet food business Big Heart. Whether a similar process is on the agenda for ISS will be interesting to see.

The transaction is expected to close in the second quarter, slap bang in the middle of proxy season. A mooted offer for ISS by a group of pension funds clearly wasn’t successful. And reports that the company had gone to Insight Venture Partners were unfounded.
Going forward, Vestar says ISS will operate independently and that the current ISS executive team – which is headed by President Gary Retelny – will remain in place. He said the firm’s 1,700 clients, among them institutional investors and corporations, could expect “expanded product offerings”.
For its part, Vestar (which is not a signatory to the Principles for Responsible Investment) says it was attracted to ISS‘s “position in the industry, future prospects, and strong management team”. Founding partner Robert Rosner cited ISS’s strong client retention rates and “powerful commitment to operating impartially”.Retelny, who has been with MSCI since 2003, is also that company’s corporate secretary and secretary of the MSCI board. The nitty-gritty of how the MSCI ESG business – which remains an integral part of MSCI – will handle its relationship with ISS in the future has so far not been publicly addressed by either party.
In its latest proxy filing, MSCI noted how Retelny oversaw growth in executive compensation data and analytics products and services at ISS and “broadened product offerings with [the] launch of Governance QuickScore and Policy Engine”. In addition he executed the “Lean Quality Initiative” aimed at improving quality and efficiency at ISS. Henry Fernandez, MSCI ‘s chief executive, said that MSCI’s stewardship, ISS has expanded its product suite, grown the business and solidified its position. But it was never core to MSCI.

ISS will join a Vestar stable that includes a variety of consumer and healthcare businesses such as hearing systems firm DynaVox Systems, marine container group Triton and Tervita, the environmental and energy services company.
Exited investments include the likes of Birds Eye Foods, tobacco firm Consolidated Cigar and electric razor firm Remington. At the end of 2012 Vestar exited investment-banking firm Duff & Phelps – in the process making a more than three times return on its investment.

Vestar was founded in 1988 by seven former First Boston executives and specialises in the middle-market private equity space, with more than $40bn in total company value. The firm is based in New York, with offices in Denver and Boston; its target equity investment is $50-$200m.