Responsible Investor
Home News & Analysis Governance Analysis: Why the proxy voting system is not nearly as efficient as...
Return to search
Governance 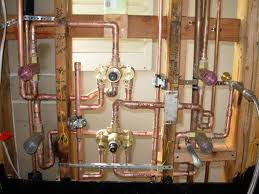 In this electronic age, you would think that if an institutional investor with shares in a multinational firm voted by proxy on an important issue like executive pay, that ballot would be processed properly and it would be easy to find out what happened to it. Think again. According to a recent audit by Robeco of proxy votes it cast at 16 big companies, two of them were wrong and another three got lost in the complicated process. A telling case was that of UK consumer products firm Reckitt Benckiser, which asked shareholders to approve its intention to publish details of future shareholder meetings. The Dutch asset manager originally voted ‘no,’ but then changed its vote to ‘yes.’ This was too much for the process, and as a result, “we ended up voting both for and against the motion,” said Robeco engagement specialist Michiel van Esch.
Another surprising finding was that only five out of the 16 companies audited were able to confirm to Robeco what happened to its votes. Of the other 11, two did not respond to the investor and one, US oil giant Chevron, refused to comply with Robeco’s request for information. “Our contact there told us that it (Chevron) would only disclose voting instructions to proxy solicitors, proxy tabulators and the inspector of elections. The reason given was shareholder privacy,” said van Esch.
As Chevron’s answer to Robeco indicates, the proxy voting process is hugely complicated and involves multiple parties. At one end of the chain is the investor, and at the other is the company. Between them are the proxy agents that cast the votes on behalf of the absent investors, the proxy vote counters, the custodians andsub-custodians that process the votes and even notaries who authorise votes. In addition, some of the vote processing is done manually instead of electronically. “I know of cases where parties are still tabulating votes with Excel sheets,” said van Esch. In a situation like this, human error is bound to occur: “The fact is that the system was not set up to handle this level of engagement by investors. In the past, investors cared more about returns than corporate governance issues like executive pay,” said Richard Hogsflesh, managing director of R&M Consultants, a UK firm that specialises in market research about custodians. “As a result, custodians can tell you who owns what shares, but they don’t generally have the capability to track specific votes.” Custodians typically process votes in bulk – that is ‘yes’, ‘no’ and ‘abstain’ votes are grouped together. From a cost perspective, this makes sense given the huge number of investors voting by proxy each year. It also explains why many companies may have no clue what happened to a proxy vote cast by this investor or that one. They often just get the grand totals ahead of the AGM. Van Esch said that while the bulk method was standard, custodians did, in some instances, process votes separately. But even this, according to Robeco, did not make tracking any easier due to the many parties involved. During his audit, van Esch said he was inundated with requests to provide information he did not have after casting the votes such as Brazilian tax-registration numbers or seven-digit account numbers: “When we could not provide this information, we were pointed to the party one step back in the chain,” he said, adding that they, in turn, wanted other identification details.

According to van Esch, the audit shows the proxy voting system is badly in need of reform. He says the most important improvements would include standardisation, a common language among the parties in the chain and the ability to easily identify the voting instructions.
The problem, of course, is the added cost that would be borne by the custodians. They would pass this on to the end investor who is unlikely to be enthusiastic. Commenting on the problem, a big UK pension fund said that while everyone in the proxy voting chain was aware of its inefficiency, no one, not even the investor, seriously wanted to do much about it due to the cost and effort involved.Everyone seems satisfied that the system is adequate if not perfect. However, it’s been suggested that if a pension fund was not happy with the status quo, it could create a mandate that specifically requires its asset manager to track its votes.
It has not yet been documented that the convolutions have influenced the outcome of a crucial vote. Van Esch argues, though, that it could become a serious issue on close votes. He said: “In cases where the votes for discharge of the board is 80-90%, it’s true that incorrect processing of a small number of proxy votes won’t make a difference. But what about cases where there is a shaky majority for discharge?”