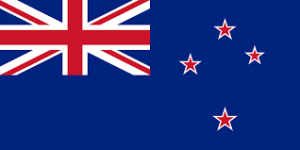 You wait ages for HLEG-inspired initiatives and suddenly two come along at once.

It too is inspired by Europe’s High-Level Expert Group on Sustainable Finance (HLEG) – and indeed the two new Australasian bodies will run in parallel.

The new New Zealand forum has now named the 11 members of its leadership team as it meets for the first time this month.

Although in the works for some time, the new forum comes as the shock of the mass shootings in Christchurch is still raw – and which has led domestic investors to call for coordinated investor action with the social media networks on whose platforms the events were livestreamed.

So it is perhaps fitting that it will be co-chaired by Matt Whineray, CEO of the country’s NZ$41bn (€25bn) sovereign wealth fund NZ Super, who has said the events have “severely damaged” the companies’ social licence to operate.

And it comes as NZ Super is also said to be reviewing its exposure to gun-related investments in the wake of the attack.

While the Christchurch events will no doubt be front of mind at the new forum, its remit is more broad: to develop a roadmap to help New Zealand “shift to a financial system that supports rather than hinders economic, social and environmental outcomes”.

The forum’s work programme kicks off with a six-month period of “engagement and deliberation”, followed by an interim report towards the end of the year. A final report and roadmap is expected in 2020. A technical working group and secretariat for the initiative are still being finalised.Speaking on the new initiative in October, Whineray said: “Sustainable finance is about the long-term – it’s about bringing the long-term consequences of financial practices into today’s investment and lending decisions and making investment commitments where the value will be realised over the long-term.”

The forum includes representatives from banking (Westpac NZ and ANZ), the insurance sector (IAG) and the stock exchange, NZX.

Karen Silk, Westpac NZ’s General Manager of Commercial, Corporate and Institutional serves as the other co-chair.

The new forum is the first project launched as part of a wider partnership between the Jacinda Ardern-led government and the country’s private sector, known as the Aotearoa Circle, which is committed to pursuing “sustainable prosperity and reversing the decline of New Zealand’s natural resources”. Aotearoa is the Māori name for the country.

As part of that push, the government is also considering changes to the supervisory role of the country’s reserve bank to include climate risks, as part of the Reserve Bank Act review.

That same month the Reserve Bank published its strategy on mitigating the effects of climate change.

The New Zealand Treasury has also committed NZ$100m in its 2018 budget to establishing a Green Investment Fund for the country. Operating as independent company the new fund will aim to “stimulate private-sector investment into low-emissions projects”.

Auckland Council, which is also a member of The Aotearoa Circle, last year, became the first body in New Zealand to issue a green bond, raising $200m from the issuance.