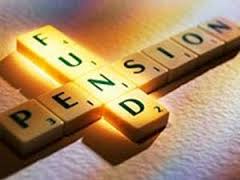 Investment managers were out in force at a debate last month on fossil fuel divestment organized by the Guardian newspaper for its ‘Keep it in the ground’ campaign (most of the questions came from asset managers). Their presence signalled that the issue has moved from the grassroots to the heart of finance.

This is vital, and the divestment campaign kick-started by 350.org and backed by the Guardian has been a success in terms of public awareness.

But now it’s time to move finance to the heart of the divestment campaign, to answer some of the resistance to divestment (often valid in RI’s opinion) as a pragmatic solution to the climate problem.

Most institutional investors sidestep the divestment call by saying they will ‘engage’. But Stern and Blood were sceptical about ‘engagement’ by investors with carbon-intensive firms on climate change. Turkeys don’t vote for Christmas. Blood labelled it a ‘fools’ errand’ at times.

The most enthusiastic audience response went to Steve Howard, Head of Sustainability at Ikea, who said defined contribution (DC) pension schemes should offer low carbon investment as their employee default funds with an explicit ‘opt-in’ for fossil fuel-based options.

The Guardian Media Group has said it will sell all the fossil fuel assets in its investment fund of over £800m. Now its staff is calling for action on their own pension scheme, although it hasn’t yet been disclosed what that will be.

This highlights a big gap in the investment industry. While financially robust low-carbon or fossil fuel free products are becoming available to large defined benefit (DB) funds, virtually nothing is available for individual pension scheme members in DC plans, or fund savings products.

Take Nest, the new low-cost defined contribution workplace pension scheme set up by the UK government to take on any UK employer who will soon be obliged to offer their workers a pension.It offers a range of pension options for its members, including a Sharia-compliant fund and an ethical fund, but there is nothing that is fossil fuel-free or even low-carbon, despite the public debate and government action around climate change.

This comes at a time when there is also a growing consensus that alternatives to fossil fuel investments are becoming more financially compelling. Blood said alternatives to hydrocarbons had become much more competitive, especially solar.

Last Tuesday, for the first time ever in Europe, renewables produced more power than nuclear. Anthony Hilton, influential journalist for the London Evening Standard, recently wrote about the rise of low carbon funds with high performance. This is mainstream stuff now.

There are some important initiatives out there aiming to show individual investors how they can counter climate change. In Australia, Super Switch has a website where people can see if their superannuation fund is exposed to fossil fuels. But the list isn’t absolute, being based on public information. And it takes no view on the performance of these funds.

And in the UK, London charity Platform has launched the country’s first fossil fuel-free pension scheme.

But what’s needed is a meaningful pension product push and relevant publicity for the retail market to facilitate the necessary financially-backed transition to a low carbon economy.

At the Guardian event, Meryam Omi, Head of Sustainability at Legal & General Investment Management said funds houses needed to see public/client demand for such products to help them to respond with relevant solutions. She’s right, that’s how service providers work.

But we also need fund managers that are brave enough – and hopefully commercially savvy enough for future business prospects – to take ‘supply’ steps for the creation of low carbon funds so that the public can lever its own long-term finance into fighting climate change, if its wants to.