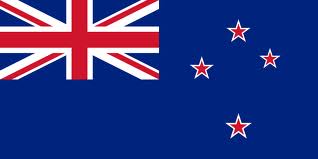 Don’t take our word for it.

The Green Party in New Zealand is a perennial thorn in the side of the country’s sovereign fund about its climate change policies.

But even it reached for the superlatives today, with co-leader James Shaw calling NZ Super’s low-carbon announcement “very big”.

“We’ve pushed for years for the Super Fund to show strong leadership on climate change,” he said, “and today that move was decisive.”

Investment industry figures of the stature of Keith Ambachtsheer and Roger Urwin lined up in support as well.

Ambachtsheer said the fund has followed a deliberate ‘best practices’ investing path since its inception. “In this context, last year’s decision to develop an integrated strategy to address looming climate change-related opportunities and challenges was not surprising.”

Today’s announcement “confirms this strategy is now being implemented”.

Ambachtsheer is the internationally respected Director Emeritus at the International Centre for Pension Management at the University of Toronto. (He’s also the father of Mercer’s Head of RI Jane Ambachtsheer, whose firm’s analysis fed into today’s announcement.)

Urwin, Global Head of Investment Content at consultants Willis Towers Watson, hailed the coherent thinking at the fund. “All this was achieved because of strong Board and leadership alignment. None of that comes easy, that’s why it sets an example that other funds will study.”

Contrast that with some of the flak coming the way of peer sovereign fund, Norges Bank Investment Management (NBIM), which runs the Norwegian Government Pension Fund Global. The University of Oslo, for example, has a draft working paper on the fund called ‘Investing in sustainability or feeding on stranded assets?’ It’s a deep dive case study that sees a “dangerous tension” between being a “capitalist investor and an agent of environmental change”.

Norges declined to comment specifically on the study but told RI: “We have divested from a number of companies since 2012 following considerations of ESG-related risk factors. These divestments differ from the ethically motivated exclusions under the Guidelines for observation and exclusion which are decided by the Executive Board following a recommendation from the independent and separate Council on Ethics.” It added it uses risk-based divestments as a tool to reduce exposure to risks it believes can have a negative impact on the portfolio over time.

Or take the San Francisco Employees’ Retirement System (SFERS), where divestment has become a heated topic. NZ Super name checks other institutions such as AP4 and PGGM.In its supporting documentation, NZ Super cites the Taskforce on Climate-related Financial Disclosures (TCFD) and recent guidance from its neighbour’s financial regulator, the Australian Prudential Regulation Authority.

NZ Super is explicit in saying today’s move means it will be more resilient to climate change investment risks such as stranded assets.

Its position that ‘now is the time’ to act on stranded assets contrasts with remarks from CalSTRS’ Chris Ailman, who said recently that he needed to see a price on carbon before he could act on stranded assets. RI will be running a more detailed interview with Ailman on this topic shortly, but Ailman would no doubt argue that being right at the wrong time is the same as being wrong.

And he would also likely argue that CalSTRS, unlike NZ Super, has to pay out pensions every month.

NZ Super has been doing a lot of innovative stuff such as backing sexy cleantech. But its bets don’t always pay off, witness its failed investment in early stage US wind turbine company Ogin. But you cannot argue with performance; it has returned 10% a year since inception in 2003. It is up 18% for the year to the end of May 2017. Indeed, over its first decade the fund exceeded the return of its Reference Portfolio (which will now be amended) by 1.06% p.a. or NZ$2.2bn. So it is clearly doing something right.

Under this category, the fund “will continue to manage climate risks by being an active owner, including prioritising climate change engagements, developing our voting policy and directing our investment managers to vote according to our instructions on climate change resolutions”.

The fund has 34 external fund managers including not just domestic players like Mint Asset Management but global players like KKR, State Street, BlackRock and Northern Trust. They will all be impacted by this upgraded stance in some way or other.

Asked how he sleeps at night, CalSTRS’ Ailman joked recently that he sleeps like a baby – waking up in the middle of the night screaming! Many readers will sympathise with that – but maybe NZ Super has just found a way for us all to get a restful night…