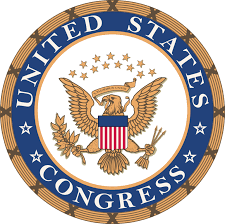 Last month, a US bill which would create a $300m (€279.5m) federal fund to catalyse social impact bonds has passed a major legislative hurdle.

While lawmaking in the US, especially in recent years, can be an arduous process, there is cause to believe the bill has a chance of success, though how long it will take is still unclear.

The Social Impact Partnership Act is co-sponsored by Republican Congressman Todd Young and Democrat Congressman John Delaney. Companion legislation is also tabled in the US Senate by Orrin Hatch, the senior Republican in the Senate, and the Democrats’ Michael Bennet, the senior senator from Colorado.

They say the legislation will “expand and improve meaningful social interventions, while driving taxpayer savings”. It will see the federal government tender to tackle national social issues, such as preventing child abuse or helping the unemployed; and receive bids from state or local governments outlining their feasibility to deliver within a social impact bond model.

Social impact bonds, or pay-for-success models as they are known in the US, see private investors fund the delivery of a social intervention, such as reducing teen pregnancy, in the hope of a financial return if measured outcomes are met. The ‘outcome payer’ is typically a government department or foundation that stands to benefit from lower spending on social issues or meeting their charitable aim. The social intervention is typically delivered by charities and social enterprises with expertise but which lack capital.

Congressman Young and Delaney dub the model in their legislation ‘social impact partnerships’.

They say: “Because social impact partnerships are focused on results, government money is only paid out to private-sector investors when desired outcomes are met.

“Because social impact partnerships focus on outcomes at the outset, the focus tends to be on prevention, instead of remediation, leading to taxpayer savings in the long run.”

They propose federal government use a $300m fund to: provide payments to states – to pay investors – if measured outcomes are achieved; fund feasibility studies; and pay for evaluations.On May 11, the legislation was passed by the influential House Ways and Means Committee, the chief tax-writing committee of the US House of Representatives. Its success was no doubt in part due to Congressman Todd Young being a majority committee member.

Now the legislation will be considered by whole House of Representatives. When this happens is at the discretion of the speaker of the House Paul Ryan, who chaired the Ways and Means committee in 2015, and knows Young.

In the Senate, on the same day, the Senate Finance Committee held a hearing on the Social Impact Partnership Act, hearing evidence from social organisations.

The event was publicly celebrated by two high-profile foundations in the US – the Kresge Foundation and the Ford Foundation. They also congratulated the federal Social Innovation Fund making three grants to help develop pay for success projects.

In 2009, President Barack Obama created the Social Innovation Fund (SIF) that has developed a SIF pay for success programme to help US states develop projects. It has so far given out 11 grants.

The Kresge and Ford foundations are part of the US National Advisory Board on Impact Investing, a high-level group including Morgan Stanley, Goldman Sachs and Bloomberg.

Two years ago, the advisory board made a number of federal policy recommendations to catalyse impact investing. For example, it called for the Department of Labor to clarify rules around ESG investing covered by the Employee Retirement Income Security Act (ERISA). This bore fruit when, last October, the US Labor Department issued new guidance enhancing the ability of investors to consider ESG factors as part of their investment process.

Another of the advisory board’s key recommendations was establishing funding to catalyse pay for success programmes.

Darren Walker, president of the Ford Foundation, is optimistic the Social Impact Partnership Act will be successful. In a blog last month, he said: “We have seen great progress over the past year and are pleased that the federal government has adopted several of the board’s top priorities. We are optimistic that Congress will adopt one of our remaining key recommendations to establish a funding mechanism that will accelerate pay for success projects across the country.”