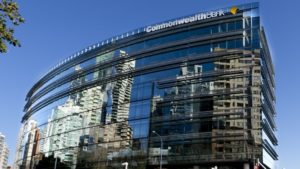 The new legal case being bought by two small shareholders in Commonwealth Bank of Australia is the latest in a series of attempts by stakeholders to hold the bank to account.

In a move hailed as a world first, private shareholders Guy and Kim Abrahams have issued a claim saying the bank’s 2016 directors’ report did not adequately inform investors of climate change risks. It seeks an injunction to stop the bank making the same omissions in future annual reports.

Lawyers for the couple have filed proceedings against the bank in the Federal Court of Australia. Guy, a former lawyer, is co-founder of CLIMARTE, which uses the arts to inspire action on climate change. Kim is a medical practitioner.

Australia’s Corporations Act stipulates that annual financial statements must present a “true and fair view” of the financial position and performance of the company.
“This case is the first of its kind to test the extent of climate change risk disclosure in annual reports,” said David Barnden of law firm Environmental Justice Australia (EJA).

“We believe the matter is of significant public interest. It should set an important precedent that will guide other companies on disclosing climate change risks.”

The bank said in a statement today that it takes its statutory reporting obligations very seriously and that it “rejects that the 2016 Annual Report is not compliant” with its reporting obligations.
It went on: “Commonwealth Bank understands that climate change is a topic of public and shareholder interest and we are committed to playing our part in limiting climate change to well below 2 degrees in line with the Paris Agreement and supporting the responsible global transition to net zero emissions by 2050.”

It comes after Geoff Summerhayes, Executive Board Member of the Australian Prudential Regulation Authority (APRA), warned earlier this year that climate change poses a material risk to the entire financial system.

And it’s further pressure on the bank, which is embroiled in a scandal over breaching anti-money laundering laws. It also said today that it was cutting executive bonuses and that it had “full confidence” in CEO Ian Narev.

Daniel Wiseman, an Australia-qualified lawyer with UK-based environmental law firm Client Earth, said the case meant that the risk of litigation over poor climate disclosure had become a “clear reality for companies”.

“Shareholders will not be content to stand by silently without reassurance that climate risk is being adequately managed. This case against a major bank could signal a new trend in this type of litigation – with global ramifications.”ClientEarth told RI that a similar case is “not immediately” due in the UK as its company law is not as friendly to shareholder actions. “The complaints we made to the FRC last year about failures by Cairn Energy and Soco International to adequately disclose climate risk were substantively along very similar lines,” it said.
Commonwealth Bank is no stranger to scrutiny like this.
Back in 2014 the Australasian Centre for Corporate Responsibility (ACCR) launched an ultimately unsuccessful legal action against CommBank for its refusal to let it file an ordinary shareholder resolution asking the bank to report annually on the level of greenhouse emissions it finances.

ACCR had help from law firm Environmental Justice Australia and it’s it probably no coincidence that it is EJA which has brought the case announced today.

Just this month EJA teamed up with Market Forces to issue a new legal opinion on climate change and trustee directors’ duties in the context of Australia’s $2.3trn superannuation industry.

The opinion by Noel Hutley SC and James Mack states that “climate change risks can and should be considered by trustee directors to the extent that those risks intersect with the financial interests of a beneficiary of a registrable superannuation entity”.

In the barristers’ opinion, a prudent trustee should seek out information and obtain advice on a significant investment decision that involves a substantial exposure to climate change risks and record why they were satisfied any investment was in the best interests of beneficiaries.

The opinion builds on a 2016 opinion on Climate Change and Directors’ Duties by Hutley and Sebastian Hartford Davis that was commissioned by the Centre for Policy Development and the Future Business Council.

At the time of the legal action, ACCR released research saying ANZ and the Commonwealth Bank had the “highest level of carbon exposure and have clearly taken a very short term view of the risks”.

But CommBank is under broader scrutiny than ‘just’ climate change. On top of the money-laundering issue, its remuneration report was not carried at its AGM in November, and it has also come under fire for issues within its advice business and errors in its insurance business.

At its last AGM, then Chairman David Turner said it not only discloses the carbon profile of the emissions it finances, but also that its exposure to renewable electricity is now $2.2bn, “more than five times our exposure to direct coal powered electricity generation”.

“We are trying our level best to make our contribution to the two degree temperature reduction target identified by the Paris summit last year,” he said – adding that environmental data body CDP rated it an A-.