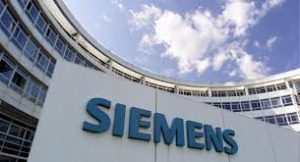 What does the departure of Siemens’ chief executive in a blaze of publicity tell us about the state of corporate governance at the company?

On the one side there are those who reckon good governance is in short supply. But there are others who say Siemens has done things ‘by the book’.
“Very unfortunate” is the way Union Investment described the way Peter Löscher was dismissed. “Such intrigue does nothing but exacerbate the problems at Siemens. Good governance looks a lot different,” says Ingo Speich, head of Union’s engagement and proxy voting operations.
Union, which owns 1% of the German technology giant, noted that the dismissal was communicated on July 27 – four days before today’s (July 31) meeting of Siemens’ supervisory board.
That board is set to formally endorse the decision and name Löscher’s replacement, said at the time of writing to be Siemens’ chief financial officer Joe Käser.
Union also criticises what it calls the “board intrigue” at Siemens. According to German press reports, Käser played a key role in Löscher’s dismissal by convincing the board’s most powerful members, including chairman Gerhard Cromme, that he could do a better job.
Pascal Boeuf, portfolio manager at UBS Global Asset Management, goes even farther, saying Cromme should resign after letting the executive infighting get out of hand.

Yet for all this, others argue that Cromme and the board have gone about things in the right way as they try to restore order.

By way of explanation: rewind to last Saturday. Siemens releases a statement saying that when its supervisory board meets on July 31, the “early departure of the CEO” (Löscher) and the “appointment of a member of the managing board as CEO” will be decided.
The statement was preceded by a meeting of the board’s steering committee, which apart from Cromme includes Josef Ackermann, the former Deutsche Bank CEO and Berthold Huber, head of German engineering union IG Metall and vice chairman of the full board.The three agreed that Löscher should step down and probably gained his consent at the time, as Löscher has since dismissed a press report saying he would not respect the board’s decision.
German corporate governance experts point out that once the preliminary decision on Löscher’s fate was made, Siemens was obliged to report it to shareholders.
Moreover, they say it is almost a foregone conclusion that the rest of Siemens’ board will follow the steering committee. This is because the two elements on the board, namely investors and employees, were adequately represented.
“One can best compare it to a parliamentary system. The full parliament usually votes the same way the committee that prepared a draft law did, because the majority is the same in both groups,” says Jürgen Kurz, spokesman for DSW, an association for small German shareholders.
According to Kurz, if Siemens had waited until the full board formally approved Löscher’s dismissal, it would have violated EU laws concerning the disclosure of material, price sensitive information.

Such a violation was last seen during the exit of Jürgen Schrempp as CEO of German carmaker Daimler Benz.
Said Kurz: “Even though Schrempp’s fate was already known, the company waited for its board to formally dismiss him before announcing it. Daimler was then sued by some of its shareholders, and the European Court of Justice found that the firm in fact had been in breach.”

So, although it seems Siemens’ investors were presented with a fait accompli over the weekend, the company hierarchy had little option but to go public when it did.
What it amounts to is that, despite appearances to the contrary, and in this respect at least, Siemens has done things according to the corporate governance rulebook.