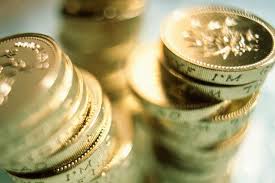 Big Society Capital, the UK social investment institution, is looking at developing social pensions as the UK government signals it is interested in developing such products, alongside social ISAs (personal Individual Savings Accounts).

With the Premiums4Good initiative, insurance holders can ask QBE to invest 25% of the premium they pay into investments with an additional social objective, such as social impact bonds and green bonds (link).

At the event to launch the product, Wilson said he was interested in developing “social ISAs” and requiring “pension providers to offer products to scheme members where a specified percentage of their money goes to social investments”.

He continued: “It is something that we already see working successfully in the French pension system where billions of euros have been channeled to social impact investments.”

In France, pension providers for French employee savings schemes must offer the option of at least one solidarity fund or ‘fonds solidaires’, which provides a mix of socially responsible and high impact social investments. The rule was introduced in 2010 and in the last four years assets in the solidarity funds have quadrupled to reach almost €3bn invested by almost one million French savers.

The funds, which are offered via company savings plans (Plans d‘épargne-d’entreprise: PEE) or collective savings plans (Plan d‘épargne pour la retraite collectif (Perco)), are known as “90/10” funds, with 5-10 % of the assets being diverted towards social finance projects for the long-term unemployed, housing and environmental or societal solidarity projects.

Speaking to RI on social pensions, Simon Rowell, senior director of strategy and market development at Big Society Capital, said it was working with pension providers to establish pilots, he said there had been many encouraging conversations and genuine interest.He added: “We’ve engaged with 20 different financial institutions and investment managers and many see this as an opportunity. The challenge is this, if you create it who’s going to buy it?” He said once the concept was proven it would encourage other pension providers.

“We are working with pension providers to help them understand if it would be a useful part of a broader portfolio of pension offerings and how to set it up.

“We are trying to understand where it would work in practice, there are key structural questions.”

He said social pensions and ISAs demonstrated a big opportunity to reach out to individuals as social investors and enable everyone in the country to engage, not just high net worth individuals. He added that it could help tackle the culture of low saving in the UK. “A social element makes pensions more interesting,” said Rowell.

It is part of Big Society Capital’s broader agenda to increase the general public’s engagement with social investment. Another key tenet to this is its work around crowdfunding. It has launched a £5m Crowd Match Fund that will match crowdfunded investments made by individuals into social investment tax relief eligible charities and social enterprises.

Big Society Capital is holding a competition for crowdfunding platforms to partner with to deliver the fund in 2016.

It comes as the UK government launches a strategy to make the UK a “global hub” for social investment, including plans to put the country in a prime position to attract social investment from overseas investors like pension funds.

Further, UK government department the Cabinet Office has announced a partnership with the Blavatnik School of Government at the University of Oxford to create a new centre of excellence for social impact bonds.

It comes as international interest in the social impact bonds – a way to tackle societal challenges through private investment – gains traction.

Most recently in the US, the Western Cape government together with UCT’s Graduate School of Business’ Bertha Centre for Social Innovation and Entrepreneurship has been working with national, provincial and local government in South Africa to design and pioneer the use of social impact bonds.

Even China, which is currently very bullish on green bonds, is looking at the area with a Maine Education Public Research Institute report on social impact bonds published in the February 2015 edition of the People’s Bank of China’s Financial Market Research journal.