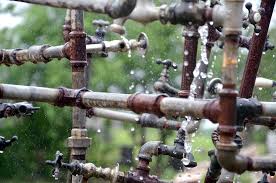 Even in increasingly automated capital markets, a simple human error can have costly repercussions. No more clearly is this outlined than in the US’s convoluted and complicated proxy voting chain which has caught out one of the world’s largest asset managers – years on from its original mistake.

T. Rowe Price, the US mutual fund firm which manages $764bn, will return $194m to its clients on the back of a voting error at Dell’s 2013 special shareholder meeting.

Then, the asset manager inadvertently voted in favour of a proposal to buy out the computer manufacturer despite being a vocal critic of the deal, arguing that the quoted share price was short of its true value.

Earlier this year, a Delaware Chancery Court appraised the value of Dell’s stock and agreed with T. Rowe Price’s assertion from three years ago, that a fair price per share was $17.62 and not $13.62. The asset manager’s mistake had cost its clients, who held approximately 31 million Dell shares between them, almost $200m in lost value.

Though the Baltimore-based fund firm has reframed the court ruling as vindication of its 2013 investment view, the original mistake points to far larger holes in the US proxy voting chain.

According to Bill Benintende, a T. Rowe Price spokesperson, the error arose after the date of the meeting to discuss the controversial buyout was repeatedly rescheduled. Though the fund submitted an ‘against’ vote to ISS, which manages its proxy voting, on each occasion, the final shareholder meeting was reclassified as ‘special’ on ISS’s systems and given a new, blank entry. Benintende added: “The change caused the vendor to invalidate the final ballots, as it had identified the rescheduled event as an entirely new meeting, and recommended a “for” vote, as per T. Rowe Price’s default proxy voting instructions.”

Benintende also confirmed that the asset manager has pledged to review its proxy voting process as a result, with any changes to a proxy ballot, meeting or recommendation sending assigned T. Rowe Price team members an instant email alert, priming them to monitor the ballot continually. But is T. Rowe Price really at fault? The proxy voting chain is long and complicated, for one thing: as illustrated in the Delaware court ruling, votes submitted by T. Rowe Price into ISS’s system were then issued to Broadridge, the vote processing firm, before being aggregated and passed on to Dell.Broadridge’s voting authority, however, is granted by State Street through a power of attorney, while the actual votes were cast by a third vendor, Cede & Co, a stock certificate transfer firm run by the Depository Trust Company, a Central Securities Depositary. In other words, T. Rowe Price was constantly several organizations removed from actually casting the proxy vote, making its mistake harder to detect and extending the search for liability to over three years.

Sarah Wilson, founder and CEO of proxy voting agency Manifest, agrees that the T. Rowe Price case is “a very good example of where gaps can appear” in the voting process, and evidence that there is little transparency about voting quality made available to clients or the public.

She continues: “Votes can go wrong at different points in the proxy chain. There are questions that need to be raised by T. Rowe Price’s proxy voting committee, about the integration with the investment process, the instructions process submit voting instructions, and any gaps between instructions and execution.”

Wilson also draws attention to the problem of “zombie voting” or the practice whereby institutions apply a “set and forget mentality” to their default voting policies.

A similar view is echoed by Sonia Kowal, president of SRI investor Zevin Asset Management, who has been trying to engage T. Rowe Price over its low support for climate change resolutions.

Default voting practices are “problematic”, she says, as not only are voters more open to making mistakes, but their decisions are also under much more scrutiny, particularly over issues such as climate change.

The Dell case is also the first time a voting misstep has had such a material impact – $194m – on an institution. Though for Kowal “the buck stops with the asset manager”, she believes that it also proves that company voting should be subjected to more robust checks and balances.

It all comes as the draft Proxy Advisory Reform Act, sponsored by Wisconsin Republican Sean Duffy and John Carney, a Democrat from Delaware, is going through the works. As this year’s proxy season draws to a close, the sector still has a lot on its plate.