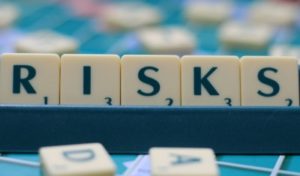 The big three global ratings agencies have all made significant moves on ESG in the past week, as pressure mounts on the industry to better address sustainability.

Moody’s and S&P Ratings are both currently asking for market feedback on their ESG efforts.

S&P has proposed an ESG assessment for issuers, separate from its main credit rating. It will look at an entity’s “relative exposure to observable ESG-related risks and opportunities” and its “long-term preparedness for ESG-relate opportunities and disruption”. The new ESG Evaluation, if it goes ahead, will be a “stand-alone, on-request service”, paid for by the issuer.

“At an entity’s request, we also expect to indicate in our reports the extent to which the entity has aligned its financial disclosures with the 11 recommendations by the FSB’s Taskforce on Climate-related Financial Disclosures,” said Mike Wilkins, Head of Sustainable Finance at S&P.

“The degree of alignment with the TCFD’s recommendations could also inform the ESG evaluation.”

As well as assessing various green bonds this week, S&P’s ratings arm has also just published reports on the role of biofuels in decarbonisation, the potential of green sukuk and the growing need for institutional investors to collaborate with development banks to finance the SDGs.

Moody’s is asking for feedback on the publication of its “cross-sector” ESG methodology. Although it says the document will have no impact on its ratings process, because it claims to have been integrating ESG risks for a long time now, the ratings giant says it wants to increase its transparency on “the general principles underlying our approach”.

“We will continue to research and develop tools that are consistent with these general principles, which may in the future lead to a more quantitative approach for some aspects of ESG,” Moody’s said in its Request for Comment. The consultation is open until October 18.Moody’s published a global “heat map” in recent days, looking at sectors’ vulnerability to environmental risks. The report covers $74.6trn of rated debt and identifies unregulated utilities & power companies and mining & coal terminals – worth $517bn of rated debt – as the most risk-exposed to climate in the short-term.

It has also assessed its first green covered bond, as it ramps up its work in the space.

Finally, the third of the big three CRAs – seen as lagging furthest behind on ESG so far – has joined the Principles for Responsible Investment.

Fitch made the announcement last week, not long after it appointed Sarah Kelly Anzinger – former head of Debt and Fixed Income at the GRESB (formerly the Global Real Estate Sustainability Benchmark) – as its new Director of Sustainability.

The developments come at a time when CRAs are coming under scrutiny over their role in ensuring the sustainability of financial markets, particularly in Europe.

The European Commission is currently undertaking a study on sustainability ratings and research, which it will complete by the second quarter next year.

According to the EU’s Action Plan, published in March, it will assess methodologies, including “the depth and breadth of sustainability research assessments and scoring and the independence of those research/scoring providers”.

Over the same period, it has asked ESMA – the body that regulates CRAs in Europe – to perform a similar assessment, and to include ESG information in its guidelines on disclosure for CRAs.

In the spring, the Commission began discussions with the market about amending EU regulation for CRAs to mandate them to “explicitly integrate sustainability factors into their assessments in a proportionate way to preserve market access for smaller players”.

Most controversially, the Commission has suggested backing the creation of new CRAs that specifically cater to sustainability-related and long-term risks.