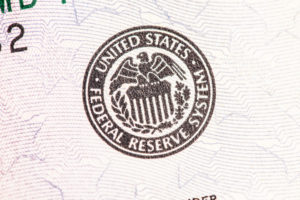 She revealed the Fed is in “climate-related discussions” with the Financial Stability Board (FSB), the G20 body that houses the Task Force on Climate-related Financial Disclosures (TCFD), and with “other standard-setting bodies”.

The US central bank would also “continue to support” the work of the TCFD “in order to improve standardization of financial disclosures related to climate change”, although few would have been aware that that Fed was already supporting the TCFD!

Brainard – who is on the Board of Governors of the Fed, where she chairs the Committee on Financial Stability – added that she has been following the Bank of England’s plans to assess climate risks to the financial system, including through its exploratory stress-test scenario work.

She went so far as to say the Fed is “discussions” about how it might participate in the Central Banks and Supervisors Network for Greening the Financial System (NGFS) “in order to learn from our international colleagues’ approaches to measuring and managing climate risks in the financial system”. The Fed has been notable for its absence in the NGFS and if the talks proceed it will be a major boost for the NGFS.

None of this comes in a vacuum. Brainard noted the decision by the Commodity Futures Trading Commission’s (CFTC) to establish a Climate-Related Market Risk Subcommittee while in March, 20 US senators including Diane Feinstein, Bernie Sanders, Elizabeth Warren, Kamala Harris and Corey Booker, wrote to the Fed asking for detailed information on the steps taken to identify and manage climate-related risks in the US financial system.

Just this week, Atlanta Fed Chair Raphael Bostic has mentioned how his district is on the front lines of climate change, according to the Wall Street Journal.San Francisco Fed Governor Mary Daly said the rationale for the event was “pretty clear: climate change is an economic issue we can’t afford to ignore”.

He wasn’t the only speaker to refer to assets potentially “suffering a sudden loss in value”.

The conference came in the week the Trump Administration confirmed it was pulling out of the Paris climate accord, a stark demonstration that while climate is now a top issue for US financial policymakers, it is not so for its political leadership.

“Trusted credit models” may prove less useful if weather-related shocks become a poor guide to the distribution of future losses.

“Climate change is a global phenomenon, but risks should be assessed locally, which requires new data such as asset-specific, geo-spatial data.

“Such granular data is currently limited and requires significant resources to acquire and process, but greater transparency about the physical location of assets will allow institutions to better assess exposures to at-risk borrowers or to specific geographic risks.”