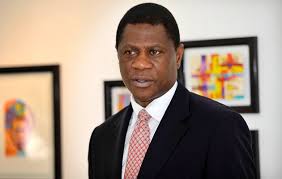 A senior African National Congress figure has called on institutional investors to help drive the transformation of the South African economy by helping to reduce inequality and by using shareholder activism at “corporate SA”.

Paul Mashatile, chair of the ANC in Gauteng province, which includes Johannesburg and Pretoria, was speaking at the Batseta conference last month.

The Batseta Council of Retirement Funds for South Africa, named after a chief’s advisory council, is the new professional industry body for retirement funds, trustees and principal officers.

“In essence, our view is that institutional investors can play a critical role in the advancement of meaningful economic transformation of the South African economy,” Mashatile, a cabinet former minister, said in a keynote address.

He went on: “Our view is that worker capital – that is pension funds – can play a meaningful role in taking South Africa forward towards achieving a more just and equitable future.” He cited a recent report by the Association of Savings and Investments of South Africa (ASISA) indicating that overall savings in South Africa total R7trn (€500bn).

In a separate opinion piece for BizNews, he called on pension funds “to be the guardians of corporate social responsibility where lip service and short-termism have no role”. He told the event that the use of pension fundcapital was consistent with trustees’ fiduciary duty: “We firmly believe it is within the fiduciary responsibilities of trustees to worry about the long-term sustainability of their investments and consequently this is directly linked to our political aspirations and goals of reducing unemployment, poverty and inequality in order for us to achieve our ultimate goal of a better life for all.”

“Pension funds can play a meaningful role in taking South Africa forward towards.”

Mashatile cited shareholder activism against Apartheid, noting how the Sullivan Principles of conduct were adopted by US pension fund giants like CalPERS and the New York City Employees Retirement System. “This is a positive example of worker capital being used to achieve outcomes both politically and investment wise,” he said. He saw a common thread “between broader macro issues that we politicians are concerned about and what drives sustainability within your investment portfolios”. He concluded by inviting delegates to attend a shareholder activism event at the Johannesburg Stock Exchange on July 21.