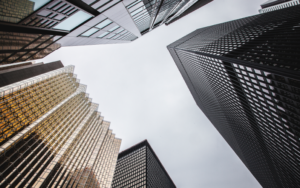 The Asset Owners Disclosure Project (AODP) has issued its final annual benchmark as an independent body, having said late last year that it planned to “integrate” with other campaign groups.

Responsible Investor understands the AODP is close to announcing its new partner. It said in November last year that its original objective had been achieved, and that “urgent NGO consolidation” was needed in the space.

The organization, set up in 2008 to promote climate reporting from asset owners, has said its “board sensed that the original objective to place investor transparency and action at the top of the climate agenda and to separate leaders from laggards had been achieved”.
The AODP’s board includes not just Australian politician John Hewson and CEO Julian Poulter but also international trades union figure Sharan Burrow and Bob Litterman, the former Chairman of the Quantitative Investment Strategies group at Goldman Sachs Asset Management.

That climate change is now firmly on the agenda at asset owners is clear from the new report, its fifth Global Climate 500 Index.
It finds that the world’s biggest investors are responding to the global commitment to tackle climate change and are rapidly scaling up action to protect their portfolios.It says that 60% of the world’s 500 biggest asset owners, with funds worth $27trn, now recognise the financial risks of climate change and opportunities in the low carbon transition and are taking action, an 18% increase since last year, with Europe and Australia leading the way, finds the fifth Global Climate 500 Index.

For the first time this year the AODP has also assessed the world’s 50 biggest asset managers, who manage $43trn for clients. Just three US funds, it says, are ignoring the issue.

But 201 asset owners – with a combined $12.5trn – showed “no evidence of any action on climate risk” — with North America and Asia lagging Europe.

Poulter said: “Institutional investors are responding by rapidly scaling up action to tackle climate risk and seize opportunities in financing the low carbon economy. This is recognised as a key issue by the Financial Stability Board and our Index enables asset owners and managers to report against the framework which will be recommended to the G20.
But he added: “It is shocking that many pension funds and insurers are still ignoring climate risk and gambling with the savings and financial security of millions of people. As the number of these laggards falls, their exposure to market repricing grows significantly higher and a time may be approaching when it is too late to avoid portfolio losses.”