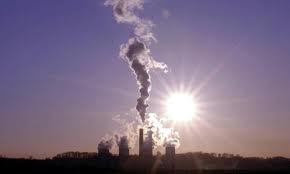 The Asset Owner Disclosure Project (AODP), the not-for-profit group that plans to rank institutional investors on their response to climate change, says its overtures to investor groups have been rejected.

And it said it was “hypocritical” for the groups to demand disclosure by their investee companies yet lack transparency themselves. The AODP is calling on individual investor members to “disassociate themselves from this lack of openness”.

But the investor bodies responded, saying their own annual surveys show how investors are tackling climate risk – and that it was more appropriate to work through their existing networks.

The AODP says it met the groups in London in July to present its ideas and that they rejected its plans to collaborate in creating a ratings system showing how asset owners manage climate change investment risk.

“This rejection by the investor groups is disappointing and dangerous from an industry that should be much more transparent and accountable to its members,” said AODP Chair John Hewson.He said that despite “some useful advocacy” by the groups, real material disclosure has hardly advanced.
The AODP issued disclosure requests to the world’s largest 1000 asset owners in August and plans to publish its first global index of funds in November.

Stephanie Pfeiffer, the Executive Director of the IIGCC, told Responsible Investor: “The global investor climate groups will continue to work constructively with members and all stakeholders to improve practices and achieve positive outcomes.”

She said the Global Investor Survey, which is now in its second year, is an important tool in driving investor reporting on climate change.

And INCR Director Christopher Davis said: “Three global investor groups have been working together to improve climate-related investment practices for several years, and we felt it most appropriate to continue that work through those existing networks.

“We support transparency and disclosure related to climate risks and will continue to collaborate with our international colleagues though our annual survey on climate-related investor activities.”

The most recent report for 2011, released in July, received responses from 42 asset owners and 51 asset managers with combined assets of over $12trn.

Asked where the latest development leaves the AODP, Executive Director Julian Poulter said the campaign would continue: “We plough on.”

The campaign, which is set to launch in New York, has already assessed the top 300 funds based on their publically available information. And it will also use information sourced from fund beneficiaries.