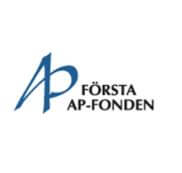 The first of our in-depth series looking at Sweden’s AP funds features Första AP-fonden. For an outline of the law changes discussed, see here.

When Sweden’s Parliament approved new rules for AP1 on ESG last month, it read the message loud and clear.
“We’re being told to lead the pack,” says Mikael Angberg, Chief Investment Officer of the SEK338bn (€32.6bn) pension fund, formally known as Första AP-fonden. “And so we plan to raise the bar.”
Some might argue that the bar is already high for the four AP funds to which the rules apply. AP1 says all of its internally-run portfolios, bar government bonds, include ESG considerations, and a growing number of its external mandates.
Currently, the fund’s ESG efforts centre on a broad concept of resource efficiency. This covers not only the traditional ‘energy, water and waste’ trio, but also ‘non-physical assets’ like human and financial capital. As well as its entire long-only quant equities portfolios being run according to this framework (including a low-volatility mandate with London-based asset manager Osmosis, which it plans to mirror internally using other factors), AP1’s fundamental portfolios, which make up the lion’s share of its developed markets equities, use resource efficiency principles, too.
So, with ESG already widespread at AP1, how can it raise the bar further?

Firstly, it will complete the process of retendering the bulk of its emerging markets mandates, with ESG now an essential component. It’s one of the few areas where money is externally managed for AP1, and as a result – and given cost considerations – this has meant it is the area with the largest exposure to indices. “Passive strategies make it harder for us to use ESG in investment decisions,” admits Angberg. “And we need to address that.”
The new mandates are all required to include an ESG component. The fund gave an indication of the kind of offerings it’s interested in when last April it awarded a $100m emerging markets mandate to BlackRock on the basis that it could offer a “systematic active” approach to selecting ESG-compliant equities.
“We want more of these innovative approaches that allow us to have more control over ESG without needing to pay for stock picking,” says Angberg, adding that so far AP1 isn’t “particularly happy” with the low-carbon or ESG indices on the market. “The displeasure comes often because you have to buy a product off-the-shelf, and it rarely fits your ESG objectives, so it creates some level of risk. To get something more appropriate, you have to pay a lot for customisation.”
In addition to tackling sustainability in passive and emerging markets this year, there is, of course, the Taskforce on Climate-related Financial Disclosures, which Angberg describes as a “huge project” for AP1 in 2019 and one of the areas the first four AP funds committed to in their shared position on disclosure this month. Scenario analysis, one of the key recommendations from the TCFD in 2017, looks set to become the must-have accessory for serious responsible investors – just this month, RI reported that Sweden’s largest pension fund, Alecta, has developed its own methodology and hopes the country’s regulator will establish best practice guidelines for peers.“If scenario analysis is to have a real purpose for us as asset owners, rather than people who want to do something good, then we have to take the time to figure out how to use it to capture true portfolio risk and opportunity, and that’s difficult,” explains Mats Larsson, the Equities Strategist who helps lead sustainability and corporate governance for AP1. “If an asset will be dead in 20 years, but is priced as if it will die in 10 years, should we buy it? Potentially, yes. So it’s not just about creating scenarios that will protect the planet – it’s about identifying value. That’s massive work.”

“If an asset will be dead in 20 years, but is priced as if it will die in 10 years, should we buy it? Potentially, yes.” – Strategist Mats Larsson

AP1 is hoping that its recent collaboration with Ortec Finance and fellow pension funds in Europe and Canada will help the fund to quantify future transition and climate risks in its portfolio, as a first step to meaningful scenario analysis.
A small amount of AP1’s capital is in private equity, an area that Angberg describes as being “behind public markets on sustainability”. AP1 has been trying to engage private equity managers, through dialogue and questionnaires, but Larsson explains that there are bolder moves in the pipeline – including some new exclusion rules for the asset class.
“In practice this will mean trying to negotiate opt-out clauses for private equity-fund holdings in tobacco, nuclear weapons, coal and oil sands. We also want the RFPs to make it clear that managers must have ESG strategies in place themselves, too.” This is a gradual process, he adds, but eventually it will mean that AP1’s other main source of external mandates – alongside emerging markets – should now have sustainability embedded throughout.
It would seem on the surface that the push to make sustainability a bigger part of private equity comes in anticipation of the Swedish law changes – combining the new ESG rules with the upcoming amendments to the way the AP funds can allocate capital. Under the new guidelines, the buffer funds can hike their exposure to up to 40%, from its current 5% limit. But it appears that’s not the driver for the changes.
“The allocation changes won’t affect AP1 at all right now,” says Angberg, simply. AP1’s modelling suggests the economy is heading for a downturn and so it will steer clear of taking on illiquidity risk for now.
“We’ve communicated to our board that for now we want them to ask us to maintain our current risk level. But after a downturn comes a recovery, and at that point we will want our risk levels raised and we will use the new rules to sell fixed-income and buy more risk.”
The liquidity element is also a reason for AP1’s reluctance about committing more to ‘impact’ investment. With a couple of externally managed impact funds already in place, there are conversations internally about whether the changes to ESG rules should prompt an increase in the space. On top of the liquidity question, there are those of costs and earmarking capital for such a limited mandate, because, as Larsson says, “that forces you to be a buyer at all costs”. It’s the same reason AP1 doesn’t have a green bond mandate, although it does buy green paper through its conventional mandates.

To continue reading, please click below
So what will the ESG rules actually change for AP1?

“Again, not a lot,” says Angberg. “The work we’re doing on sustainability tends not to be linked to the changes.”
There may be more exclusions as a result of the law, though. The government has asked AP1-4 to develop a shared position on exclusions for the first time.
“We’ve always collaborated, but when it comes to exclusion it will be interesting because we have different perspectives,” points out Angberg. AP1 rarely excludes companies because it says its concentrated, active portfolio lends itself to engagement, while AP4, for example, has an exclusion list of around 100 companies on ESG grounds.Larsson says the latest exclusion work will probably lead to AP1 axing some companies in the obvious sectors – tobacco, nuclear weapons, coal and oil sands – some of which it has already announced in recent weeks.
But he insists that engagement is still the main focus, not outright exclusion. “One thing I think is sometimes lost in the ESG debate is the need for relative change. Absolute is a beautiful thing, but it isn’t realistically how you achieve a transition to a sustainable economy. It is a gradual process.”