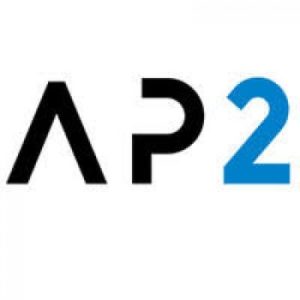 The second of our in-depth series looking at Sweden’s AP funds features Andra AP-fonden. For an outline of the law changes discussed, see here.

Eva Halvarsson is one of the loudest voices on the investor stage when it comes to gender diversity. Andra AP-fonden, or AP2, the SEK352bn Swedish pension fund she has headed up for the past 13 years, has – since three years before her appointment – conducted an annual assessment of female board representation at NASDAQ Stockholm-listed companies. Now the spotlight is on how to incorporate these ideas into AP2’s corporate engagement, she says.
“If we go to an AGM and there’s a proposal for a male-only board, then we vote ‘no’. We’ve been doing that for the past year or so, and we will continue because there are still lots of boards without women.”
Unlike the domestic focus of the annual assessment, the engagement approach is global and will be particularly useful for markets like Japan, says Halvarsson, where the problem is particularly prevalent.

“Private equity is an industry with far too few women… That should make investors suspicious.”

While the emphasis of much of the gender debate has centred on public markets, AP2 – like a number of its peers – is turning its attention to private equity.
“Private equity is an industry with far too few women, generally. Not just on boards. And that should make investors suspicious: why aren’t these companies able to recruit more diverse candidates? That’s the only way to get the best competence, and that’s what we require as an investor – the best talent to run our money.”
As a result, AP2 now includes gender diversity as part of its due diligence process when selecting GPs.
The law changes expected over the summer will see private equity become a bigger part of AP2’s portfolio, albeit slowly. The asset allocation rules will be updated to lift the current 5% cap on private equity allocation to up to 40%, and Halvarsson says that, as a result, AP2 “will change the vision for our private equity allocation over time, and increase the internal target”. New investments into private equity will be financed by selling both credit and public equities (the board decided at its December board meeting that it would begin decreasing its investment into bonds).
ESG will be integral to future private equity decisions, Halvarsson says. AP2’s Head of Alternatives, Anders Stromblad, is on the board of the Institutional Limited Partners Association, where he has been pushing for better rules on transparency. But most notably, the pension fund spent much of 2018 developing internal ESG ratings for private equity funds, many of which focus on Asia.
“So this year, when we meet the funds, we’ll be able to show them our own rating and where they sit in our investment universe compared to peers and benchmarks.”
The other big focus for AP2 in 2018 was its work on benchmarks, which saw it create new ESG-tilted indices for emerging and developed markets equities. The project has now been widened to corporate bonds, and a consequent new benchmark is slated for 2019.
Like the asset allocation rules, the change to ESG laws for the AP funds will have some impact on AP2, but nothing stark and nothing that wasn’t already underway, claims Halvarsson.
“We’re not expecting big changes,” she says, welcoming the Parliament’s decision to be loose about the new guidelines, allowing the funds themselves to come up with a shared position.
“We could have had a lot of detailed regulation, and I’m very happy that we didn’t,” she says.
“The way I understand the new law is that we will continue to have conventions at the foundations of our ethical investment decisions,” she says, referring to global treaties signed by the Swedish Government, which the AP funds must honour in their investment process. “But the Government is now encouraging us to look in more depth at the convention – to think about not just the literal words, but the actual purpose, the spirit.”Possible divestments on the back of the new law will be discussed at the fund’s board meeting later this month. It’s worth noting that while AP2’s exclusion list is publicly disclosed, its divestments are not – although Halvarsson says many of them have been in the fossil fuel and utilities space for climate reasons.
And it’s not just new laws that AP2 is trying to get to grips with. The fund was an early mover on TCFD alignment, reporting against the Recommendations last year, but 2019 will see it trying to conquer the trickiest part of the framework: climate scenario analysis.
“It’s like trying to grab a bar of soap in the bath tub!” says Halvarsson. “It’s so, so hard; because there are so many options, and so many perspectives. You just have to pick one and get on with it.” For AP2, the starting point will be the scenario analysis tool launched last year by the Institutional Investor Group on Climate Change (its Senior Sustainability Analyst, Christina Olivecrona, is on the board), which it will adjust to meet its own needs.
Another topic, which Halvarsson wishes she was asked about more, is AP2’s work on human rights. The fund has been working on the issue internally for a while now, and has begun engaging with its service providers on how they address the risks, too. “Now we’re looking at how to integrate it into our investment processes,” she explains. AP2 is working on the initiative with the help of US NGO Shift, which bases its work on The UN Guiding Principles on Business and Human Rights. The work will be ongoing in 2019.
AP2’s ESG priorities – gender diversity, climate change and human rights – all fit neatly into the Sustainable Development Goals, a framework of which Halvarsson has always been a vocal champion.

“If I had one wish, it would be for the market to have some baseline reporting standards around these things. To be able to really look at the impact we’re having as investors.”

“We as investors need to align our portfolio with the SDGs, because they will always be there, and all our investments will affect them, somehow,” she says. “The SDGs allow us to rethink the way we invest – not to throw out half of our investment universe, but to understand the impact of our decisions.”
Halvarsson interchanges ‘impact investing’ with ‘SDG investing’, because she sees them as two sides of the same coin. But quantifying either is her biggest frustration as a responsible investor.
“If I had one wish, it would be for the market to have some baseline reporting standards around these things. To be able to really look at the impact we’re having as investors.”
Despite her enthusiasm about the SDGs, Halvarsson acknowledges that there is a growing risk of ‘SDG-washing’ – products, pledges and strategies that promise alignment to the Goals, but don’t stand up to closer scrutiny and therefore carry reputational risks.
“You can draw clear parallels between SDG investing and the green bond market,” she observes. AP2 was an investor in some of the first green bonds back in 2008 and has followed the market into sustainability bonds more recently. “We’ve learnt a lot, so now the market is booming, we have the experience to know when to say ‘no thank you’ to a lot of the offers we get, that we can see are really not very green at all.
“I can see similarities with how the SDG market is developing, so we need to be just as cautious. There are plenty of people out there who have realised this is going to be a profitable area, so we need to increase our due diligence process to make sure we allocate wisely. We’re sitting on a lot of money, and so are other asset owners.”