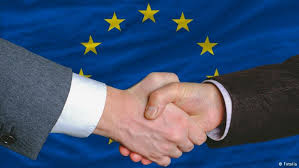 (Updates with reaction from FuelsEurope.)

Sweden’s SEK310bn (€32.5bn) buffer fund Fjärde AP-fonden (AP4) is among a group of 25 investors that has written to nine large listed companies asking them to review their membership of business lobby groups that the investors say are looking to undermine European Union climate policy.

The investor group has a combined £45bn under management, campaign group ShareAction said.

The investors have written to BHP Billiton, BP, EDF, Glencore, Johnson Matthey, Proctor and Gamble, Rio Tinto, Statoil and Total. They want the firms to leave what they term “regressive” climate lobbying groups.

They are concerned that the companies’ declarations around climate are at odds with their membership of business groups which they say have a “track record of obstructive lobbying” on climate change policy.

“We believe it is important that investors put pressure on companies who are financing associations seeking to undermine climate legislation, and would encourage companies to withdraw from associations who have lobbied in ways which seem inconsistent with the companies´ own statements on climate action,” said Arne Lööw, AP4’s Head of Corporate Governance.

The move comes as companies have come under increasing pressure to withdraw from the groups, with Unilever leaving BusinessEurope and BP and Shell exiting the American Legislative Exchange Council (ALEC) over climate policy.

The letters draw on a recent publication from the Policy Studies Institute at the University of Westminster and highlight lobbying by trade associations like the European Chemical Industry Council (Cefic), refinery body FuelsEurope and BusinessEurope, the umbrella group for European business associations.

It follows an investor briefing from ShareAction last month in which it said FTSE 100 companies’ membership of trade associations that have lobbied against progressive climate policies puts their investors at risk.

“Every company does its own assessment of the advantages of belonging to BusinessEurope’s Advisory and Support Group,” a spokesperson for BusinessEurope told RI.

A FuelsEurope spokesman told RI that its position as characterized was a misinterpretation. He said: “It is vital that the regulatory development process benefits from the experience of those responsible for actually delivering the policy objectives; this is a core activity for FuelsEurope. Critically this is different from simply advocating against the broad objectives of the policies.”He said there is a trend of increasing fuel imports, which risks “exporting” emissions: “That would be a failure of climate policy as well as economic and industrial policy for Europe, and would also be a poor outcome for those with investments in European companies.”

The latest move follows a similar initiative in the US (as reported by RI this week) where a group of over 60 investors with combined assets under management of over $320bn (€284.3bn) wrote to leading US corporations urging them to distance themselves from the U.S. Chamber of Commerce’s opposition to President Obama’s new Clean Power Plan. In that instance, though, the investors stopped short of calling for companies to withdraw their memberships.

In a separate development, the UK’s Local Authority Pension Fund Forum (LAPFF) has published a further Opinion from Mr George Bompas QC, in pursuit of defective accounts and challenges how defective accounting standards have been implemented, and finds significant flaws in the position of the UK Financial Reporting Council. LAPFF has sent the Opinion to key members of the European Parliament, and seeks to stop the endorsement by the EU of the proposed standard applicable to banks, IFRS 9.