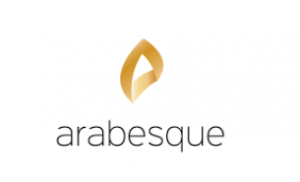 MSCI, Sustainalytics and RepRisk all ended research contracts with Arabesque Asset Management, the London-based sustainability fund manager, over concerns about S-Ray, Arabesque’s ESG data arm, being run as a competing research business alongside the investment funds or research data comparison for which they sold it information, RI has learned.

Sources close to MSCI, Sustainalytics and RepRisk all say they raised concerns with Arabesque – at different times and without knowledge of their competitors’ concerns – at how Arabesque was using their data, or competing with it. All three ended their business relationships with Arabesque shortly afterwards.

The sources – each speaking independently to RI – said they had contracts to provide ESG data to Arabesque’s Systematic sustainable global equity funds, or in the case of RepRisk also for data comparison with S-Ray.

RepRisk ended its contract with Arabesque in January this year because of concerns that S-Ray was approaching its clients as an alternative data provider, which, sources say, was outside its contract.

MSCI and Sustainalytics say they ended their relationships with the company because Arabesque launched the competing S-Ray business while they were selling data to the funds business.

It is rare for service providers to end contracts with clients in this way. It meant that Arabesque had to start pulling together data from public sources and using other data providers.

In July this year, Arabesque secured $20m (€17.8m) inequity financing for S-Ray, its Frankfurt-based, ESG-scoring company, which it says will be used to build out the research business. Arabesque says S-Ray now sources its ESG data from publicly available information, supplemented by data from providers including ISS, FactSet, Refinitiv, Covalence, EventRegistry, CFRA and Sigwatch.

In a response, it said: “Arabesque denies the allegations made regarding its conduct on contractual agreements with past data providers. At no point has Arabesque been in breach of its contracts with MSCI, Sustainalytics and RepRisk, nor has the firm received any correspondence on this matter following the termination of their contracts. All of Arabesque’s data providers were informed about the development of S-Ray ahead of its launch in April 2017 and had the opportunity to either cease or continue their services with Arabesque.”

Arabesque said S-Ray is registered as an independent company headquartered in Frankfurt, separate from Arabesque’s asset management division: “The data products and services of Arabesque S-Ray are now widely used by many of the world’s largest institutional investors, corporations, and consultancies, with clients including GPIF, AP1, State Street, JP Morgan, BNY Mellon, and Accenture.” It said: “Arabesque S-Ray GmbH is currently undergoing a period of rapid global growth as demand for ESG data and services increases exponentially. The company recently announced a partnership with three of Europe’s leading financial institutions as co-investors, which will enable Arabesque S-Ray to scale-up its operations to meet this global demand for sustainability.”

The sources at the three ESG research companies said they declined to take legal action over the contractual concerns because of the time and expense involved for what were relatively small contracts, mostly on an asset-based fee structure. Arabesque launched S-Ray in early 2017, marking a shift into the ESG data sales business.

Previously, the company had only been running a series of Luxembourg-registered quant funds, which it launched in early 2014. The ‘Systematic’ funds range is understood to have some $350m in assets, of which $280m is invested in the Arabesque Q3 17 SICAV, a feeder fund for retail client money from BIMB, a savings bank in Malaysia.

RepRisk terminated its contract with Arabesque in early 2019. Phillip Aeby, CEO of RepRisk, had been a member of the Advisory Board at Arabesque, but stepped down in December 2018. A source said RepRisk had been providing research data including information in 16 languages, marketing information and artificial intelligence services to Arabesque and S-Ray. The source said RepRisk engaged legal counsel to write to Arabesque about its concerns, and then ended the contract at renewal date. RepRisk declined to comment.

Omar Selim, CEO of Arabesque said it had the right to use the data via contract with RepRisk as a cross-reference comparator for S-Ray. Selim told RI: “If we’d done something wrong do you think these companies wouldn’t have taken legal action against us?” Selim said it was correct that the ESG research firms had all ended their contracts with Arabesque, but said this was a standard renewal process: “I can confirm what they say about terminating the relationships.”

MSCI ended its relationship with Arabesque in 2017, shortly after the launch of S-Ray. In a comment to RI, MSCI said: “MSCI had a contract to supply ESG research and data to Arabesque and MSCI decided not to renew that contract in 2017.” Sources close to MSCI say it is extremely rare that it would terminate a client contract. They say the company had become concernedthat Arabesque could use the data for S-Ray, and that this was not included in the terms of the contract.

Arabesque had also been a client of Sustainalytics, whose CEO, Michael Jantzi, was also formerly on Arabesque Asset Management’s Advisory Board. Jantzi left the role when Arabesque launched S-Ray. Sustainalytics’ relationship with the company also ended.

In a comment to RI, Michael Jantzi, said: “I resigned from the Arabesque Advisory Board in November 2017. The relationship was increasingly uncomfortable, in part, because from my perspective Arabesque’s focus appeared to be shifting from being an asset management company to an ESG research provider. The commercial relationship between Sustainalytics and Arabesque terminated with mutual agreement at the end of that year.”

At the time, Arabesque’s business shift to data sales also prompted Bob Eccles, Visiting Professor of Management Practice at the Said Business School at Oxford University, to resign as its Board Chair citing avoidance of any conflict of interest with his role on the board of TruValue Labs, another sustainability research company. At the time, Eccles said: “As an advocate of good corporate governance, it is essential to practice it.”

In July, The German State of Hessen, Allianz X, an investment arm of insurer Allianz, Commerz Real, a subsidiary of Commerzbank, and DWS, the former Deutsche Asset Management, invested $20m into Arabesque S-Ray, for what is understood to be a total of 20% of the company. DWS revealed its stake in S-Ray to be 2.68%.

Arabesque said the new “strategic partnerships” aim to “accelerate” the growth of S-Ray as a global ESG data provider. DWS also revealed plans to further collaborate with Arabesque, including entering into exclusive talks with it about a potential minority stake in the firm’s AI Engine. The collaboration, they said, could lead to new “investment strategy offerings including sophisticated AI products”.

Arabesque S-Ray says it has developed a proprietary research tool for 7250 listed companies (including 570 Japanese companies) mainly in Europe, the US and Asia based on company public information and information from research institutes. It says artificial intelligence (AI) analyses and scores the data.

S-Ray has recently signed new clients. In April this year, global index provider S&P announced it was using data from S-Ray to screen out ineligible companies for an index that excludes tobacco, makers of certain weapons and companies with a low score in relation to the United Nations Global Compact.

In November 2017, State Street entered into what Arabesque described as a “partnership” allowing it to offer S-Ray as part of its ESG Solutions business. BNY Mellon is another S-Ray client.