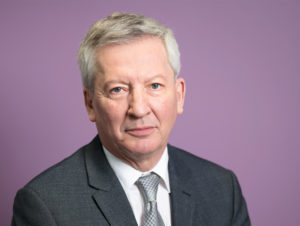 You are right. I was pleased to see Responsible Investor offering you that recent op-ed to challenge our industry on the speed with which it is tackling climate change.

Yes, we are not moving fast enough. And I hope your officials shared with you the Editor’s subsequent article which included responses from two trade associations. Looking for a sense of urgency there, I’m guessing you weren’t too impressed. One of those responses offered a few questions, so I thought I might offer a few more. But not for investment managers directly, rather for the Investment Association and then some for pension fund trustees.

When I started out as a green (no pun intended) investment consultant many years ago, I found that my best learnings were frequently prompted by challenging questions posed by our clients.

Sometimes I knew part of the answer, but needed to think more deeply about the issue before I could advise soundly. Perhaps I needed to do some research. That might include consulting a more experienced colleague who could share their insights. So in the spirit of accelerating learning and thus better climate risk management, I offer the following.

Let’s start with the Investment Association.

“You are familiar with the Red Lines Voting initiative which the Association of Member Nominated Trustees (AMNT) published a few years ago. It offers pension scheme trustees (and other asset owners) the opportunity to direct the voting of the UK listed shares they own on behalf of their members.

“There is a section on environmental issues including climate change. Yet the response from managers seems too frequently to be that the Red Lines are “too hard to implement” where pooled funds are concerned, and the client is disappointed. The AMNT has now lodged a formal complaint with the FCA.

Let us turn to pension funds.

“As you know, the government’s Green Finance Strategy (page 8) states: “The ambitious actions we are taking include… to have regard to the Paris Agreement when carrying out their [PRA, FCA, FPC] duties and including climate-related financial issues in Government’s allocation letter to The Pensions Regulator [TPR].”Now I am sure TPR values its independence. Equally, I am sure the Regulator will want to respond to the urgency of the potential climate catastrophe we face and which you have so eloquently highlighted. So here are some questions which TPR could consider asking pension schemes, tomorrow.

Guidance is one thing. Asking good questions and expecting answers is another.
• Which climate-related risks are you most concerned about?
• Whilst ESG risks in general may fall to be managed by your managers (with your oversight of that delegation), have you extracted climate change as a strategic risk and incorporated it into your strategic asset allocation, which is strategic risk allocation by another name?
• Are you planning to adopt the TCFD recommendations in your scheme’s reporting? If so, what is your planned timing?
• Has your legal adviser (or investment consultant) brought the Shell scheme’s member complaint re climate change – now passed to the Pensions Ombudsman – to your attention? If so, did it raise any concerns?
• Have you discussed climate change with your actuarial advisers, having regard to the Risk Alert that the Institute and Faculty of Actuaries issued to its members a couple of years ago?
• Have you begun to engage with the Inevitable Policy Response, an initiative commissioned by PRI which helps to prepare investors for the expected increase in policy and regulatory action, and which can be expected to provide an alternative climate scenario to those offered by the IEA?”

Actually, that last question is a good one for the Investment Association too.

As you have clearly stated, Minister, climate change is an immense challenge where pension funds and other investors have a key role to play. Last year’s IPCC report on 1.5 Degrees laid out the facts.

When some investors first approach the issue, it seems so complex that sometimes they don’t know where to start. Which can lead to denial. Rephrasing a call to action by Lord Deben, chair of the Committee on Climate Change, at a recent launch event: “It’s hard to accept some responsibility, personally or in our professional roles, because that immediately means you have to be part of the solution. And that applies to all of us”.

So let us all accelerate our efforts to be part of the solution, and tackle some tricky questions.