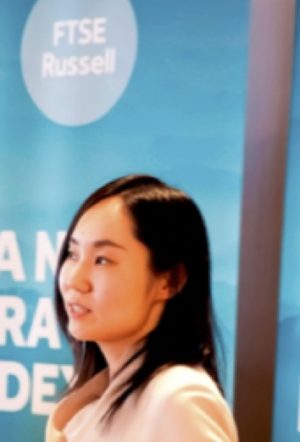 RI Asia 2016 took place at the Tokyo Stock Exchange on the 23-24th February, and was attended by approximately 400 domestic and international participants. As an ex-resident of London now based in Tokyo, it has been interesting to observe the changing ESG landscape in Japan. RI Asia acted as a useful milestone to stop, reflect and analyse the progress that has been made in Japan and around the world over the last few years. Whilst each participant may have a different take on the two days, I am delighted to share with you my own thoughts:

One of the key themes highlighted at this year’s conference was the noticeable progress that has been made in Japan in relation to ESG.

First, it is important to consider the potential assets under management (AuM) available to sustainable investment in Japan. This was previously only thought to be approximately JPY800bn, when considering both equities and fixed income. However due to the lack of disclosure in this space, that figure is predominantly comprised of assets linked to mutual funds, which are publically available. The Japan Social Investment Forum’s inaugural survey conducted at the end of 2015, showed that there was approximately JPY26.6 trillion linked to sustainable investment, when including institutional investments. Approximately 65% (or JPY17.5trn) of this total AuM was reported to involve some sort of ESG integration approach. Whilst it is difficult comparing different survey cycles, the AuM figure quoted is almost equivalent to that of Australia’s in 2014. This provides a better reflection of the potential growth of ESG investment within Japan.

Next, I feel it prudent to reflect on the corporate governance progress made since the Corporate Governance Code which was introduced last year. According to the statistics provided by the Japan Exchange Group at this year’s conference, 94% of the Japanese companies listed in the first section of the Tokyo Stock Exchange have outside directors, 87% have independent directors, and 48% have more than two independent directors. This in itself is a major shift in Japan, however local panellists repeatedly emphasised that they felt companies could do more. The introduction of independent directors should be a means to an end, with the overall goal to create a wider strategic vision that contributes to the long-term growth of the local companies.

Finally, I would like to touch on the Japanese Stewardship Code. It sits alongside the Corporate Governance Code and encourages better engagement and dialogue between companies and investors. Many Japanese panellists at the conference emphasised the need to dig deeper around the actual content of these discussions, while international participants also highlighted this was not an issue unique to Japan. Rather than being just a polite conversation, conference speakers outlined that these discussions should present an important opportunity to understand the quality and effectiveness of company management.

A few years ago, such trends were scarcely visible. At the same time, panellists recognised these developments are just the first of many steps that need to be taken. The context of these important codes provides the opportunity for deeper constructive dialogue and action.“ESG is about approaches, not necessarily about products”

At last year’s conference, a common view expressed was “if we find evidence that ESG contributes positively to investment returns we will embrace the approach further.” This year’s gathering highlighted that this trend was slowly evolving to consider ESG more holistically. One big catalyst is the changing interpretation of fiduciary duty, most notably evidenced in the updated legal interpretation of how environmental and social factors are considered in relation to stewardship responsibilities, as laid out by the U.S.’s Employee Retirement Income Security Act (ERISA).

This shifting attitude was recognised in several of the panel discussions. Within the “ESG and alpha” session, speakers highlighted that ESG data should be considered as a source of information advantage for active managers to use in a discerning manner. In the ESG integration panel, many speakers noted the potential of companies with improving (not static) ESG scores, reflecting momentum value. One particular panellist said that “ESG is not a product, but a view” which summed up the overall trend. Until you look at the same company with ESG tinted glasses, it might not be possible to identify the potential opportunities. It appears the debate is now moving away from the notion that ESG is just a product, and towards the idea that ESG is an additional view by which to look at all your investment activities. This can lead to a very different mind-set when considering ESG as an investment strategy.

Since the devastating earthquake in the Tohoku region in 2011, a stable living environment and energy supply has been the national priority in Japan. In addition, with the establishment of the Corporate Governance Code and the encouragement of the global economic community, there has clearly been a particular focus on the Governance aspect of “ESG”.

However, now that a framework for the future of the global climate has been agreed at the COP21 in Paris, there appears to be a shift to refocus on the Environmental aspect in Japan. This change has been further strengthened by the trial testing of the environmental disclosure and dialogue platform which has been led by the Japanese Ministry of Environment.

Globally there has been a large variety of different investment approaches to the risks and opportunities that arise from climate change. Some investors have been reducing their holdings in companies with fossil fuel reserves. In other cases, institutional investors are emphasising the need to engage with these companies to encourage a shift in their business models towards a more low carbon economy approach. There are a variety of strategies that can be adopted depending on a particular investor’s investment belief.

Whilst “green” investment may not have been a top consideration for the Japanese market in recent years, there is evidence of growing appetite towards low carbon investments. Some Japanese companies are actually often ahead of international peers in transitioning to a low carbon economy. However it also appears there is room for greater transparency in this area.

“From self deprecation to collaboration”

In the past, I have often observed Japanese thought leaders who speak at international conferences take a rather critical tone when examining the status of their own country’s initiative, including responsible investment. At the same time, it is not uncommon for the Japanese community to idealise approaches taken by their international counterparts, including foreign institutional investors.

At this year’s RI Asia conference, self-deprecation was present; however, there was also a healthy dose of positivity. As a result, there is now a feeling that the international participants are keen to start collaborating with Japanese investors in order to improve the status of markets both inside and outside Japan.

ESG integration approaches have evolved over time, and Japanese investors now have the opportunity to leapfrog straight to a sophisticated level of integration. One European asset owner explained their internal evolution from an original ethical SRI approach, to sector screening based responsible investment, before finally reaching true ESG integration.In a country where charitable donations or ethical investment is not an intrinsic part of the culture, it is likely that this final stage of integration will be the approach most accepted by Japanese investors. This is already evidenced by the JSIF survey, which identifies ESG integration as the preferred approach for the majority of local market participants.

At last year’s RI Europe conference, some European investors commented on the lack of transparency and governance structure within Japanese business. A year on, the impression of a more equal relationship was clear. In the future, there is a belief that Japan can continue to learn from its international peers. However rather than just idealise their approach, Japanese companies and investors can share in the challenges connected to ESG and start to act as a global leader.

Arisa Kishigami is Head of ESG, Asia Pacific at FTSE Russell. She is a member of the management committee of JSIF and was a moderator of the ESG integration panel at RI Asia 2016.