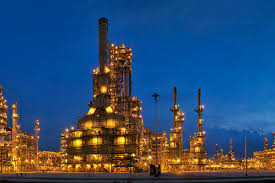 There is little doubt Exxon and Chevron are in the midst of a tough proxy climate—each facing no less than five climate change related shareholder proposals this season. But this is the first time a shareholder proposal asking ExxonMobil to shrink will be put to the ballot.

Specifically, shareholder proposals filed by Arjuna Capital and Baldwin Brothers Inc., ask Exxon and Chevron to prioritize returning more capital to shareholders in light of the companies’ increasingly risky investments in potentially stranded carbon assets. That is, carbon assets we can’t burn without irreversible climate disruption. Last year, Exxon was able to dodge the proxy measure at the Securities and Exchange Commission (SEC), but this spring the SEC has cleared the way for shareholders to weigh in on the strategic direction of the beleaguered oil giants.

And for good reason. While the business plan of extracting as much carbon as quickly as possible was a winner last century, that same plan will destroy value this century—and already has. In fact, out-of-control spending to find more oil we can’t ultimately burn has sent Exxon and Chevron’s profitability on a southerly course over the last 10 years. That’s because unconventional “growth” assets like oil sands, ultra-deep water, and arctic, are simply more expensive to tap. Add a sharp decline in oil prices and you have a recipe for disaster. Citigroup reports the past decade of cost escalation combined with last year’s oil price decline eroded the sector’s return on equity to a record 29-year low.

If that is not enough to capture investors’ attention, consider the fact we can’t burn all the carbon we’ve already got on tap. In fact, we can burn less than two-thirds of proven fossil fuel reserves if the world is to keep global temperatures in check. Citigroup estimates the cost of these unburnable fossil fuel reserves could amount to over $100 trillion out to 2050. So what is an oil company to do?

Many investors think they should shrink. Profitably.

It is clear Big Oil is at a fork in road. And if Exxon and Chevron continue down a path of stubbornly growing their fossil fuel reserves in the face of global climate change, they will place investor capital at increasing risk. But, they could choose a more prudent, albeit disciplined path. These companies could choose to invest in only their most profitable core assets, while returning more profits to shareholders, rather than piling them back into an ill-fated business. This would allow Exxon and Chevron to decrease in size, while increasing profitability—essentially shifting from a business plan of growth for growth’s sake, to one of value.

This seems the only prudent way forward for companies committed to a fossil fuel future—which the oil giants claim to be. In 2014, Exxon made it clear they are not concerned about stranded carbon assets, and indeed are not planning for them. Exxon’s “Managing the Risks” report, published in response to an earlier shareholder proposal filed by Arjuna Capital and As You Sow, outlined a future where unabated energy demand and government inaction allows Big Oil to continue on its current course.As shareholders, we are obliged to tell Exxon and Chevron that denial is not a credible business plan. In the wake of the Paris climate talks, betting against a global climate deal is surely a losing proposition. And it is not a wager they should make with investor capital.

The Carbon Tracker Initiative (CTI) estimates $2 trillion dollars in oil industry capital expenditures are “unneeded” if we are to prevent catastrophic climate change. Last year, we saw the oil industry take hurried steps to cancel nearly $200 billion in capex and stem losses in the face of oil price declines. But these stopgap measures are not enough to shift toward, let alone secure, a low carbon future. A more thoughtful planned approach is necessary.

And that plan should not include cutting capital distributions—which is what we have seen so far, particularly as Exxon and Chevron continue to prioritize an outsized exploration budget. For while incremental cuts to capital expenditures are a welcome sign to many investors looking to safeguard profitability, cuts to capital distributions are not so appreciated. Distributions through dividends and share repurchases make up a meaningful portion of investor returns and yet Exxon has cut total capital distributions for the last three years. In 2015, Exxon and Chevron cut distributions to shareholders by a whopping 35 percent. And to make matters worse, this January, Exxon discontinued its share repurchase program altogether. By 2016, JP Morgan predicts Exxon will return half the capital to shareholders they did in 2014.

The bad news is that shareholders will continue to feel the brunt of poor oil industry planning. The most recent stranding of unprofitable carbon assets due to oil price declines is merely a window into a future were carbon pricing, caps, competition from renewables, and the electrification of transport strand high-cost high-carbon fossil fuel reserves.

There is little doubt fossil fuel investors have had and will continue to have a tough go of it this century. The easy oil is gone and there is only so much carbon we can pump into the air. Profitability is tenuous and we simply can’t burn it all. But continuing to prioritize growth over value will be the nail in the dinosaur’s coffin.

This May, investors have an opportunity to weigh in on a different outcome. The proposals on Exxon and Chevron’s ballots ask the companies to increase capital distributions as a more prudent use of investor capital in the face of global climate change. Now is a good time to place your bets on higher yielding, profitable, yet shrinking fossil fuel companies. For growing carbon assets will quickly become a relic of the past.