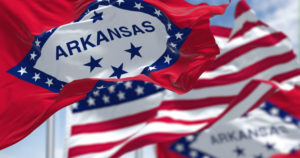 Arkansas senator Tom Cotton has pressed BlackRock for answers to questions regarding its participation in ClimateAction 100+, after the asset manager allegedly failed to reply to his initial request.

In a letter sent on Wednesday to CEO Larry Fink, Cotton claimed the investment behemoth did not respond to his 14 July letter. He noted that BlackRock had nonetheless provided comment to Responsible Investor.

Launched in 2017, CA100+ co-ordinates investors’ stewardship efforts with the world’s biggest emitters, asking them to improve disclosure and realign their business models with the climate transition.

In his first letter, the senator suggested the $60 trillion initiative may “violate antitrust law” by mobilising shareholders to act in concert in a bid to influence the financial markets and companies.

Cotton requested feedback from Fink on whether BlackRock had engaged with any focus companies as part of CA100+ and whether it had collaborated with any other members as part of the initiative. BlackRock was asked to provide details of any relevant companies and investors by 20 July.

According to BlackRock’s Investment Stewardship Annual Report 2020, the firm led engagements with China Steel, a Taiwanese mining and metal company covered by CA100+. It undertook meetings together with a local CA100+ member, Cathay Life, to encourage the company to enhance its climate disclosures and “pursue more ambitious targets and investment plans to transition its business in line with a lower than 2C scenario”.

The report states: “All signatories to Climate Action 100+ are independent fiduciaries and vote in accordance with their own voting principles and independent internal investment analysis.”

Pointing to the spokesperson’s comments provided to RI, the senator noted: “BlackRock’s statement raises additional questions about its commitments to the CA100+ initiative. Many of the commitments investor participants make when joining CA100+ raise potential antitrust issues.”

Cotton has now asked BlackRock to respond to an expanded list of questions by 2 August. The new queries reference comments in the statement provided by the asset manager to Responsible Investor.

One asks whether BlackRock has “followed through on its intention to ‘participate in dialogue with companies and financial institutions’ as part of the CA100+ initiative”, and requests details of any such dialogue.

A second questions “BlackRock’s insistence that it ‘acts independently’ and ‘does not co-ordinate’ with other CA100+ members.

Cotton also requested a copy of all bi-annual surveys BlackRock has prepared for CA100+.

In a speech, he said the measures would “prohibit big banks and credit cards [sic] from discriminating against customers for their religious, political, or social beliefs” and “prohibit SBA fund managers from considering ESG factors when investing state’s money”.

Supporting the legislation, speaker Paul Renner – a member of the Florida House of Representatives – claimed institutions that push ESG are trying to weaken America “for their own woke agenda” and that he and the governor will not relent “until we start dismantling this dangerous form of ESG”.

The announcement comes amid a wave of anti-ESG legislation and sentiment in states including Texas, West Virginia, Idaho and Utah.

“Obviously California, New York are going to do their things in the other direction – we understand that. But we can get Florida, Texas, Arizona, Tennessee. A lot of these states could come together. And we have a lot of money, a lot of voting power. And so we could be a real check against a lot of the excesses that we’ve seen and probably have enough resources to beat back a lot of the stuff.”

There was some good news for US sustainability advocates on Wednesday, however, when senator Joe Manchin announced plans to support the Inflation Reduction Act of 2022. The act, which replaces president Biden’s failed Build Back Better programme, includes a pledge to reduce carbon emissions by “roughly 40 percent” by 2030, through measures including tax breaks for renewable energy.