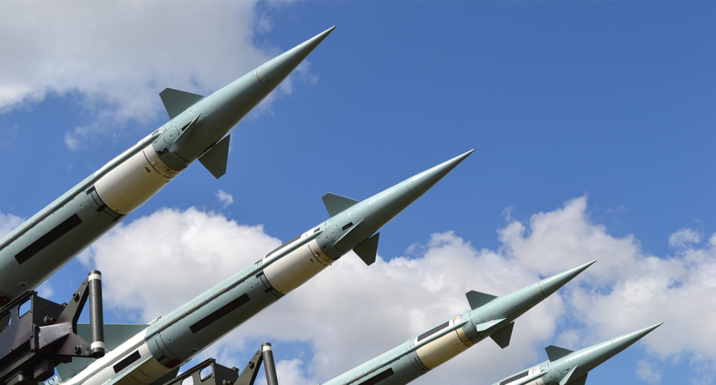 The EU Platform on Sustainable Finance has launched its report on what a social taxonomy could look like. Mirroring its environmental counterpart, the intended purpose of the proposed social taxonomy is to establish a comprehensible and shared way of defining what a socially sustainable activity or company is.

Last week, RI reported on a leaked version of the report. Much of the leaked version has remained in the final version. However, regarding the section on harmful activities, there have been some changes.

In the leaked version there was a paragraph which stated: “Investment in other armaments, which for example can easily be used by child soldiers or which is exported to conflict zones, might be deemed socially harmful just as the development of lethal autonomous weapons without the possibility for meaningful human control.”

Antje Schneeweiß, Managing Director at German church investment group Arbeitskreis Kirchliche Investoren and rapporteur of the subgroup part of the EU Platform on Sustainable Finance focused on a potential social taxonomy, explained the change to RI: “It was found that the sentence lacked the precision needed to define an exclusion. You might also have seen that the definition of banned weapons has become much more precise. There was the feeling that especially when it comes to exclusion such a precision is needed to give a clear signal to the market.”

On Sunday, the EU Council agreed to send €450m in military aid to Ukraine for lethal weapons.

On the invasion of Ukraine, Bloomberg reported that Hans Christian Atzpodien, Head of the German armaments industry body, claimed: “The invasion of Ukraine shows how important it is to have strong national defense. I appeal to the EU to recognize the defense industry as a positive contribution to ‘social sustainability’ under the ESG taxonomy.”

The deleted passage in the report is unconnected, said Schneeweiß: “We made this change long before the situation escalated, so no, that is not the reason for the change.”

Schneeweiß explained that as a proposed social taxonomy would be based on international norms, principles and goals recognized by the global community – including UN Guiding Principles on Business and Human Rights and the UN Sustainable Development Goals – “only investments in activities that promote the rights enshrined in these documents (International Bill of Human Rights) in a way that is enshrined in the concrete goals and indicators (UNGP, SDG and EU Social Pillar) can be called social.”

“From this basis of the social taxonomy it follows, among other things, that armaments cannot be classified as social. Such inclusion cannot be justified by any of these documents. This is all the more true as it is a general classification system that could not distinguish who uses these armaments. Arms would then be as social in the EU as in North Korea or Russia.”

As the subgroup rapporteur, Schneeweiß’s view is influential, but the European Commission is not bound to follow the subgroup’s recommendations.

‘Get ahead of the game’

Aside from the issue of the inclusion of exclusion of armaments, Schneeweiß said during the presentation that investors and companies can start identifying social objectives to contribute to.

Yesterday’s report was originally scheduled to be published in November 2021.

Schneeweiß explained to RI that work by the market can be undertaken whilst the EU Commission prepares its report on the possible extension of the Taxonomy Regulation – including to social objectives – in response to the Platform’s recommendations.

“You [market participants] could establish a list of social objectives and sub-objectives to contribute to, borrowing from the PSF [Platform on Sustainable Finance] framework if you wish,” she said.

The objectives which could be borrowed are those proposed as being the main aims for a social taxonomy by the Platform in the report. They include providing decent work (including value chain workers), adequate living standards and wellbeing for end users, and inclusive and sustainable communities and societies.

The sub-objectives, which were also put forward in the report, touch on – amongst other indicators – equal employment opportunities for women, improving access to drinking water of good quality, and carrying out meaningful consultations with affected communities.

Schneeweiß also suggested market participants “identify economic activities in your company or portfolios which contribute positively to these objectives. You could [also] encourage the development of market-led Taxonomies to develop expertise.”

“The report will be carefully analysed in due course. It does not bind the Commission regarding any decision on the matter,” they concluded.