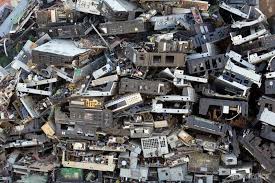 As You Sow has dropped a shareholder resolution on electronics recycling at online retail giant Amazon.com after the company agreed to meet with the shareholder sustainability advocacy group.

“In response to your confirmation of a series of meetings with the company on electronics recycling, we hereby withdraw the shareholder proposal filed with the company on this topic on behalf of As You Sow by [the group’s founder] Thomas Van Dyck,” wrote Senior Program Director Conrad MacKerron to Craig Berman, Vice President, Global Communications, at the Seattle-based company earlier this month.

The planned resolution would have called on the Amazon board to prepare a report on the mechanisms for taking back electronics, promoting the reuse of working equipment and to prevent improper export of hazardous e-waste and untested or non-working equipment.

Amazon had earlier tried to persuade the Securities and Exchange Commission (SEC) to let it drop the As You Sow motion from the agenda for its forthcoming annual general meeting. It said it has already substantially implemented the proposal.

The dialogue began in December last year when As You Sow wrote to the company saying it was concerned that it lacked a policy for the recycling of end-of-life electronic equipment.“Repeated requests” to Associate General Counsel Michael Deal had met with no response.

Founded in 1992, As You Sow promotes environmental and social corporate responsibility through shareholder advocacy, coalition building, and innovative legal strategies.

“We look forward to constructive dialogue with the company”

In other news, the New York State Common Retirement Fund has withdrawn a proposal regarding Hudson River pollution at General Electric.

Earlier, the SEC rejected an attempt by Goldman Sachs to omit CtW Investment Group’s motion calling for an independent chairman from its proxy. The SEC disagreed with Goldman’s assertion that the proposal was “vague and indefinite”.
The proposal from labour union-linked CtW follows a similar effort from union pension fund AFSCME last year.
Meanwhile, Ernst & Young has released its preview of the US proxy season – and found companies are more willing to have “substantive dialogue” with their largest shareholders”. It said: “Our Corporate Governance Center is seeing a high number of shareholder proposals being used as a means to trigger dialogue.”