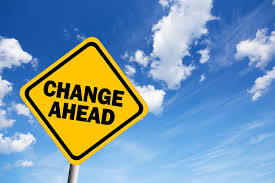 Advocacy group As You Sow and media and research group Corporate Knights have unveiled their inaugural ranking of the world’s companies according to the revenue they are estimated to make from clean energy, highlighting those firms already working towards a transition into a sustainable economy and sparking further debate around how investors can help bring this about.

The ranking, compiled by Corporate Knights’ CEO Toby Heaps and Director of Research Michael Yow alongside Andrew Behar, As You Sow’s CEO, aims to show which companies are successfully participating in a transition to cleaner energy.

To be eligible for inclusion, companies must have a market cap of at least $1bn and at least 10% ‘clean energy revenue’ as defined by Bloomberg New Energy Finance (BNEF). Oil, gas and coal companies, weapons manufacturers, utilities with less than 50% renewable output, firms which profit from deforestation and companies that engage in child or forced labour were excluded.

Though their first aim is to stimulate debate around the best ways investors and corporates can facilitate a clean energy transition, the report’s authors do note that there might be some problems with their ranking or, more specifically, BNEF’s methodology. Counting hybrid cars – which also burn fossil fuels – as green energy-powered is problematic, particularly when it propels Toyota to the top of the list, while there also needs to be “a systemic way” to screen the list for human rights, they write.Heaps, Yow and Behar are also quick to point out that this first attempt at ranking 200 companies is “just a start” and that any suggested improvements to the methodology would be welcomed. They added: “What will be more interesting is how our Clean200 methodology may be improved and change over time. So we decided to make a spreadsheet with all of this data available to anyone and to update the list quarterly to track the changes and trends.”

The financial performance of the list outperforms both the S&P 1200 and the Carbon Underground 200 – a ranking of the world’s biggest oil, gas and coal companies – in an analysis that considers how the value of $1 invested in each has improved over the past 10 years.

Such an outperformance was driven, the report states, by significant exposure to Chinese clean energy companies which have experienced “explosive growth” since January 2006. Indeed, over a third of firms included in the Clean200 are Chinese, perhaps indicative of the so-called quiet green energy revolution that continues in the country. Just under half – 96 – are in the industrials sector, while 45 are information technology companies.

As You Sow and Corporate Knights are keen to impress that the Clean200 is not intended to be used as a stock-pick list or an index, but as a guide to the clean energy transition. They pick out recent Paris climate deals, potential reforms in the energy market and actions carried out by big investors as signs that the world is already adapting, PFZW’s commitment to halving its carbon footprint and CalSTRS’ $2.5bn buy-in to a low carbon index among them.

They conclude: “None of this portends an imminent conclusion to our fossil fuel age, but it does suggest an end to fossil fuels as a long-term growth market and the beginning of a long run expansion of clean energy demand.”