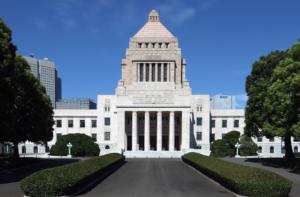 Investors have hit back at the Japanese government’s plans to conduct national security screening of foreign investors who want to hold more than 1% of company shares.

They have been lambasted by the $30trn-backed Asian Corporate Governance Association (ACGA) in letters to the country’s finance ministry.

The changes would mean that investors wishing to hold more than 1% of shares in Japanese firms in “designated sectors” could soon have to give prior notification of their buying intentions, unless they choose to forgo the right to take board seats or file resolutions.

The Ministry of Finance said the proposed restrictions aimed to prevent “leakage of information on critical technologies and disposition of business activities for national security reasons”.

RI understands that market participants view the measure as an effort to contain Chinese influence, in line with US endeavours – though the bill does not reference this specifically.

The Hong Kong-based ACGA wrote to the ministry calling the 1% threshold “very low” and saying it would “capture thousands of funds in either pre- or post-investment reporting”.

It also questioned “why a foreign investor who holds just 1% should have to give up its rights to seek board representation or make a shareholder proposal” and “how a foreign asset manager holding just 1% of a listed company would be able to facilitate leakage of information”.
ACGA is pushing for a 5% threshold, saying: “Even those with a 5% stake have little influence over management in most cases and are not privy to corporate secrets.“ACGA made the criticisms in two letters to the ministry, with the second letter coming off the back of a four-page Q&A that the ministry published in response to the initial communication.

Jamie Allen, Secretary General at ACGA, said: “The general concern is that this will increase costs and obligations for a lot of foreign investors for little gain. The vast majority of these investors are not any threats to national security.”

In a recent paper, Goldman Sachs Japan, calculated that 2,529 foreign mutual funds hold 1% or more of companies in just the TOPIX1000.

Allen said: “You want to engage with companies to increase the value of the company, which is what the whole tenet of Japanese corporate governance policy and stewardship is about. There is a feeling that this contradicts the spirit of what the Abe government is trying to achieve.”

Japan’s 2014 Stewardship Code and its 2017 revision are widely regarded as having spurred investor-company dialogue and transparency with the aim of promoting mid- to long-term value of companies.

Allen said that, while the ACGA welcomed the clarifications made in the ministry’s ‘Q&A’ document, a lot of questions still remain unanswered. “Despite the Q&A it’s still not clear how these rules are going to work.”

“This is a major piece of regulation and they’ve released the information in a very half-baked, piecemeal way. They haven’t come out with clear proposals that people can comment on.”

He said some of the regulation had only been published in Japanese: “This is aimed at foreign investors, so to publish it only in Japanese is not very fair.”

Yoshiki Takeuchi, Vice-Minister of Finance for International Affairs, wrote in a letter to the FT: “There is no need to worry. We remain firmly committed to welcoming foreign direct investment and making the best of corporate governance to urge companies to be more efficiently managed. Activists are welcome to engage with Japanese companies to increase corporate value.”

The Ministry of Finance said in its Q&A that assessment of foreign investors would take up to five days, if they were not deemed a threat – but ACGA’s Allen said: “For some investors, even five days is an impediment.”

The ministry is expected to publish a list of companies specifying which are subject to prior notification requirements.