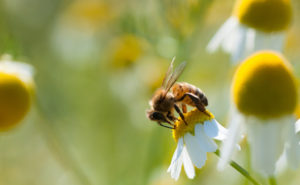 Not one of the world’s 75 largest asset managers has a dedicated policy on biodiversity, despite the huge financial risks damage to ecosystems poses to their portfolios, a new report by London based NGO Shareaction has found.

Point of No Returns, Part IV: Biodiversity also reveals that just 11% of the investors assessed have policies requiring portfolio companies to mitigate harmful impacts on biodiversity.

Shareaction found that biodiversity is often neglected and subsumed under “generic ESG integration”, even though it is widely recognised as one of the greatest risks facing the world today. The World Economic Forum includes it in its top five global risks.

The report describes asset managers’ “critically underdeveloped” appreciation of the systemic risks that biodiversity loss poses to them.

It found that only 46% of managers had requested better disclosure on biodiversity impacts from companies, despite many of their holdings engaging in activities that are harming natural habitats through land-use change, overexploitation of resources, and pollution.

“Biodiversity loss is not a new, in-vogue ESG theme – it is closely intertwined with the climate crisis and threatens to compromise the efficacy of global climate action, and if economic actors don’t start tackling it in the next few years, the damage will irreversible,” said Krystyna Springer, an analyst at ShareAction and author of the report.

HSBC also waded into the discussion about biodiversity this week, releasing a research note warning: “The natural world is under threat as never before, via deforestation, land degradation, pollution of the water, air and soil, hunting and harvesting, and climate change. Moreover, as our population increases and we pursue economic growth above other development metrics, so the threat intensifies”.

However, the authors said they had “noticed an emerging trend amongst the global asset management community – a greater focus on the impact of investments and issuers on biodiversity and ecosystems”.

Indeed, this month, eight leading Dutch financial institutions – including Actiam, APG and Robeco – published a paper offering practical guidance on how investors and banks can help curb biodiversity loss and mitigate the financial risks it poses, which the paper suggests could become as high as between $4.5trn per year.

The initiative is one of the workstreams within the country’s Sustainable Finance Platform, a cooperative set up in 2016 by the Dutch central bank DNB to promote sustainability in the financial sector.

Its paper Biodiversity; Opportunities & Risks for the Financial Sector offers concrete examples of how members have integrated biodiversity into their organisation and activities.

Earlier this year, RI reported that ASN Bank, one of the members of the biodiversity working group, launched an initiative to develop a common accounting measure for the positive biodiversity impacts of their investments.

The sustainability-focused bank’s previous work on its negative impact on biodiversity found that its investments were equivalent to an area of roughly 6,600 km2 being completely devoid of biodiversity.

“The loss of biodiversity is one of the greatest and most urgent challenges of our time,” said DNB Governing Board member and Chair of the Sustainable Finance Platform Frank Elderson.“This paper provides financial institutions with the very latest insight into the steps they can take to manage the financial risks arising from the loss of biodiversity.”

Alongside its biodiversity report, Shareaction has also today published another report on asset managers response to climate change, which has found that 39% still make no mention of climate change in their investment policies.

RI Research this month launched a survey into how investors are approaching biodiversity issues. See here for more information about the project, and how you can take part.