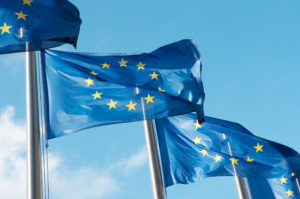 The UN-convened Net Zero Asset Owner Alliance (AOA) and EU securities markets regulator ESMA have stressed the importance of the interoperability of corporate sustainability disclosure standards being developed globally, in their response to drafts put out by Europe’s corporate reporting body, EFRAG.

In their submission, the AOA, whose 74 members represent $10.6 trillion in assets, encouraged “all parties to continue the technical dialogue and make further efforts to avoid the fragmentation of climate-related and other sustainability-related reporting”.

Such interoperability would, the investor group added, “limit the reporting burden on organisations and thereby reduce the time needed to achieve consistent, comparable and reliable climate change reporting”.

In a similar vein, ESMA called on EFRAG to make global comparability of sustainability reporting requirements a “key objective” – “without lowering the EU’s sustainability ambition”.

ESMA also stated that EFRAG should clarify how the assessment of companies’ external sustainability impacts “shall be filtered through the lens of the risks and opportunities for the entity (ie the financial materiality perspective)”.

A key difference between the approach being pursued by EFRAG and ISSB is the former’s focus on “double materiality,” which seeks to capture a company’s impact on the environment and society in addition to the sustainability impacts on the company. ISSB, by contrast, has adopted an enterprise value approach, which measures how sustainability impacts a company’s valuation.

ESMA wrote that the relationship between “impact materiality” and “financial materiality” would merit more clarification in the ESRS and also in the ISSB.

The regulator added that EFRAG could consider basing its definition of “financial materiality” on that of “enterprise value creation materiality” and “consider changing the naming convention to further align with that of the IFRS Sustainability Standards [ISSB]”.

ESMA also encouraged EFRAG to “undertake the necessary work to minimise the differences in architecture” between the standards.

It noted that while both EFRAG and the ISSB are built on the TCFD structure, “EFRAG has decided to depart from it and develop a more complex architecture”. The regulator continued: “If this architecture is retained, the reconciliation between ISSB standards and the ESRS will not be seamless, which may be to the disadvantage of users and preparers.”

The focus on interoperability was also raised in submissions to ISSB’s consultation on its standards, which closed on the 29 July.

The European Central Bank, for instance, wrote in its response that, where full alignment is not possible between the ISSB and regional/national standards, it is of the “upmost importance” that “clear reconciliation tables are provided to users to ensure interoperability and avoid double reporting”.

To this end, it suggested  the ISSB should consider conducting “jointly with regional/national standard-setters (including EFRAG), mapping exercises of national/regional standards against the requirements of the ISSB draft standards”.

UK’s Financial Conduct Authority (FCA) also recommended in its submission that the ISSB continue to work closely with GRI and a jurisdiction working group set up by the standard-setting body in April, “to further assess and facilitate interoperability with other existing standards”, including those of EFRAG.