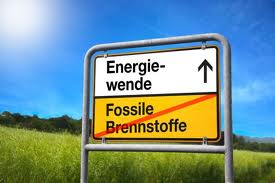 One can almost hear the sigh of relief from Chancellor Angela Merkel’s office in Berlin. About a year after Merkel announced Germany’s Energiewende, or the historic switch to renewables from nuclear power, big German investors are starting to provide some of the funding to make that switch possible.
From 2020 the government aims to have renewables account for 35% of power generated in Germany. Achieving that ambitious goal will mean an end to dependence on nuclear power. The government appears to be on the right track: At the end of 2011, wind, sun and water provided almost 20% of nationally-generated electricity, according to BDEW, the lobby for Germany’s power industry.
Given Germany’s climate, the government sees wind power as the key to achieving its renewable goal for 2020 and beyond. A huge build-up of wind parks is in the works, both inland and off the two northern coasts. Yet several major hurdles stand in the way, including getting power generated offshore to points south and ensuring that the wind portion of the Energiewende is adequately funded.
Fortunately for the government, the latter hurdle is being surmounted. Former nuclear firms like RWE and E.ON are spending billions of euros to bring their offshore wind capacity in Germany to a respective 1000MW in the next few years. Now big insurers like Munich Re and Allianz are providing more funding by investing in onshore wind parks.Since Merkel’s announcement, Munich Re has committed €285m to onshore wind. This is just the beginning, as Munich Re has budgeted a total of €2.5bn for investments in renewables in the mid-term. Allianz already has €1.3bn invested in photovoltaic and onshore wind parks, some of which are in Germany. The big insurers’ enthusiasm for wind has spread to other insurers. Just this month, WürttLeben, a midsize German insurer, acquired three parks in Germany for €42m as part of a new renewables-oriented investment strategy (see report).
As to the insurers’ motivation, WürttLeben CEO Norbert Heinen summed it up best by stating: “It behoves us to find investment opportunities like renewables that are not correlated to capital markets yet provide us with steady, decent returns.” Indeed, German insurers and pension funds, which previously guaranteed their insured returns of two percent and more, are having a tough time locating decent income. German Bunds, a perennial favourite due to their safety, currently yield a paltry one percent. Covered bonds, another favourite, are not doing much better at two percent. And these investors won’t touch equity markets, which have become very volatile amid the worsening of the European debt crisis.
By comparison, WürttLeben expects to earn 6% annually from its wind park investments. Allianz puts the annual yield from its €1.3bn wind and solar portfolio at 7%. Munich Re did not disclose a precise figure, saying only that it would exceed current bond yields.

The insurers’ return expectations seem reasonable for two reasons. First, renewable technology has been developed to the point where wind parks or solar photovoltaic facilities last for decades. Onshore wind parks are currently even safer than offshore ones in that they are not threatened by bad weather or rough seas. Second, fixed prices for wind and solar power are guaranteed by Germany’s renewable energy law (EEG) of 2000 – though this subsidy, paid for by German households, has declined somewhat in the last few years.
The insurers’ wind park investments have so far been only onshore. According to Allianz, this is because of the risks facing offshore parks. Said a spokeswoman: “What kind of damage storms or rough seas could cause is anyone’s guess. And because some weather damage can only be repaired in the summer months, there could be a long disruption in service.”

But Heinen said the risks weren’t the reason why WürttLeben had so far not gone offshore. “We are open to investing offshore parks. There are risks, but because of the constant wind, the parks can actually generate more revenue than onshore ones.If we do invest, it will have to part of a consortium owing to the significant cost,” he told Responsible Investor.

As part of its new strategy, the insurer has earmarked €150m – or 0.5% of total assets – for wind power and other renewables. Heinen also believes that if regulators would cease treating investments in renewable technologies like those in equities, this would free up billions of euros in investment from German insurers. Under the new Solvency II regime, which takes effect from 2014, insurers will face a capital requirement of 49% for equity-type investments.
As to the extent the offshore reluctance among investors could undermine the government’s ambitions for wind power, German wind power association BWE says it isn’t a concern. Beyond the fact that offshore is attracting other investors like car companies, the BWE points out that the lion’s share of wind power will be generated onshore. Said a spokesman: “We expect that by 2020, 45GW of wind power will be installed on land and 7GW of power offshore. We therefore do not think that the government’s target of 10GW offshore is realistic.” Yet while the project looks to be adequately funded, its success still depends on setting up the necessary infrastructure to get the power to consumers. This is where the government, according to all parties involved, still has a lot of work to do.