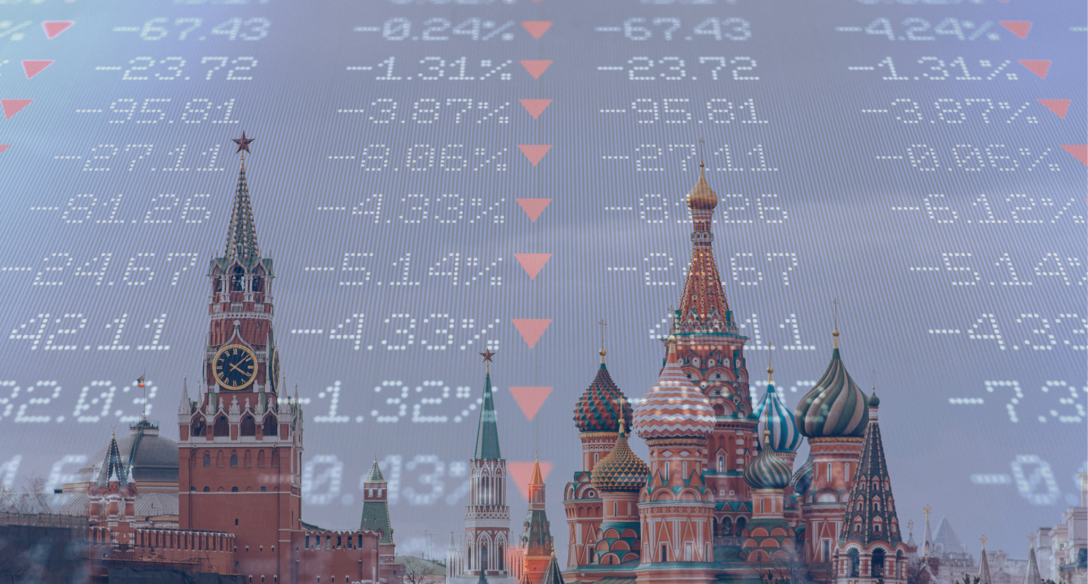 The losses suffered by the Russian stock market and Russia companies listed on Western exchanges have been dramatic. By midday on Wednesday, Sberbank’s price on the London Stock Exchange collapsed by 91%, while Rosneft was down 66% and Gazprom was down 30%. On Monday, the Financial Times reported that Russia’s largest sovereign bond – a $7bn note maturing 2047 – was selling for 33 cents on the dollar after a junk downgrade from S&P. Fitch and Moody’s have subsequently followed suit, with both agencies cutting the country’s rating by six notches.

The volumes of capital flowing out of Russia are significant. RI analysis has identified just over €5.2bn of Russian investments that investors have sold or plan to sell as a result of the invasion, with 36 asset owners across the world making public divestment commitments.

In as much as anyone in this conflict can be a winner, those investors who have reduced their holdings over the past months or had previously divested on ethical grounds will emerge from the sell-off largely unscathed. Among these investors is the UK’s BT Pension Scheme, which began to sell down its Russian assets at the end of 2021, reducing a £192m position to £30m by the end of February. A spokesperson for the fund said it would look to reduce this position further if market conditions allow. Similarly, British Columbia Investments began to sell out before the invasion, and has been left with C$107m (€78m) in Russian equities. Gordon J. Fyfe, its CEO/CIO said: “We don’t normally comment publicly on our investment activities, however given the egregious actions of Russia it is important to make an exception”.

“And now, the reckoning time is here; it’s basically complete chaos on the markets. The financial world has been silent since 2014 and that’s unfortunate. We should have acted earlier, but here we are”. – Sasja Beslik

While invasion of Ukraine has finally crossed a line for many investors – a spokesperson for Legal & General Investment Management (LGIM) said it contravened “almost every measurable ESG metric” – a number of investors had long ditched their Russia holdings. CPP Investments, Canada’s largest pension fund, said that it made a conscious decision “years ago” not to have Russia as one of its markets, while Sweden’s Alecta said that it didn’t invest in “government debt issued by states that systematically and seriously violate human rights or where corruption is widespread”.

Sasja Beslik, former Head of Sustainable Finance Development at Bank J. Safra Sarasin, said that investors should have been prepared.

“The Crimea was invaded by Russia 2014 and the Western world did do some minor protests and imposed some minor sanctions against the limited number of people, but business has continued as usual, including investments, lending, and with funds and investment products being sold to clients with a high-octane Russian exposure”, he said.

“And now, the reckoning time is here; it’s basically complete chaos on the markets. The financial world has been silent since 2014 and that’s unfortunate. We should have acted earlier, but here we are”.

“There is a lesson we can learn from Russia and that’s these situations can escalate very quickly. Preparedness for this kind of thing is low in the financial industry. Yes, we do due diligence and look at different scenarios, but it’s not been enough”.

Among the biggest financial losers will be Norway’s sovereign wealth fund. The fund watched as Russian holdings worth NOK27.4bn (€2.8bn) at the end of last year shrank in value to NOK16.5bn two days after the invasion. It decided to sit still, but has now been ordered by the government to offload its stake, which it estimated was worth just NOK2.5bn as of the 2nd of March. Similarly, ABP has €520m of holdings to sell, while Storebrand will sell NOK1.4bn (€132m) of holdings in 19 Russian companies as soon as possible “subject to market disruption”.

Japan’s Government Pension Fund, the world’s largest, told RI it was not allowed to make investment decisions for political reasons, although it is reviewing its ¥220bn (€1.7bn) Russia-linked assets from a risk perspective.

DNB Asset Management announced it would sell all Russian shares, and put its “index on freeze.” The Norwegian investor has had a “strict criteria” for investing in Russia since 2014; this has meant – amongst other things – it has avoided Russian banks such as Sberbank and VTB, and corporations including Rosneft and Gazprom.

Other asset managers have also been left with large holdings in Russia. Abdrn said that it had been reducing its exposure since the start of the year, but still has £2bn in holdings – around 0.5% of its AUM. LGIM said it has reduced client exposure to Russia “where possible,” and its total exposure now stands at 0.1% of AUM, or £1.3bn, mostly in index funds and ETFs where it cannot be reduced without index changes.

“We do not invest in government debt issued by states that systematically and seriously violate human rights or where corruption is widespread.” – Alecta

NN Investment Partners’ 2022 emerging markets debt outlook said that it viewed the possibility of a Russia-Ukraine conflict as “low” and that it remained overweight both Russia and Ukraine. The asset manager had, as of September 30 2022, more than $120 million in Russian sovereign bonds. A spokeperson did not respond to a request for comment on whether the manager had maintained its weightings.

In the US, state pension funds are acting more cautiously, although some are facing divestment bills introduced by lawmakers. CalPERS has around $1bn invested in Russia across public and private equity and real estate, while CalSTRS had Russian investments worth $500m as of February 23rd. Neither fund has committed to divesting Russian assets, but both could be forced to ditch their holdings, as state lawmakers plan to introduce a bill mandating divestment. California governor Gavin Newsom has also written to the two funds, calling on them to make no new investments in Russia and to assess the risk to fund members posed by their Russian holdings. CalPERS Board President Theresa Taylor responded to the letter, saying that the fund had frozen new investment into the country, and was assessing its real estate investments.

Spokespersons for state pension funds in Virginia, Florida, Oregon and Alaska all told RI that they were reviewing their investments, but made no commitments to divest, while of the five New York City pension funds only the police and public employee funds have voted to divest, ditching $42.2m and $31.1m holdings respectively. Connecticut and Rhode Island have both directed their pension funds to divest.

As in California, lawmakers in Georgia, Pennsylvania and Massachusetts have said they will introduce legislation to force pension fund divestment, and New York State Comptroller Thomas DiNapoli has directed the state’s pension funds to stop all new investments in Russia and review their current $110.8m equity holdings for potential financial risks which would require divestment.

While many western investors have issued statements condemning Russia and standing in solidarity with the Ukrainian people, translating divestment commitments into actual sales will prove to be more difficult. While the rout on London and New York exchanges continues, the Moscow Stock Exchange suspended trading on Monday morning. The Russian Central Bank has banned foreign investors from selling their stakes in Russian companies and halted share trading until Saturday.

Investors are also unable to recover their money from a number of funds, with half a dozen managers including JP Morgan, UBS and Pictet Asset Management freezing withdrawals from funds with high exposure to Russia.

With this in mind, some investors have said that there is little point making a divestment commitment now. A spokesperson for Dutch manager PGGM, which holds €1.2bn in equity and sovereign bonds – mainly on behalf of healthcare pension fund PFZW – said that “market circumstances and sanctions make selling hardly an option right now”, and that trustees were looking at reducing investments in the long run. Other investors have cautioned that their divestments will be subject to market conditions. This may mean divestment over a period of months, although slower divestments may carry reputational risk.

The other problem is finding a buyer. With western investors in full retreat, and managers unable to buy some shares due to sanctions, it may fall to investors in Asia to pick up the stocks, although with markets as turbulent as they currently are, and the long term impacts of sanctions unclear, Russian companies are not a particularly attractive investment. A spokesperson for Singapore’s sovereign wealth fund Temasek said that it had no active investments in Russia or Ukraine, for example.

A second source of buyers could come from the retail market. While retail investors may lack the financial weight to relieve larger institutional investors of their stakes, there are already indications of significant retail interest in dirt cheap Russian stocks on the London Stock Exchange. Shares in Russian gold miner Polymetal International, Russia-exposed miner Evraz and Eurasia Mining are among the top ten traded shares on popular UK retail platforms Hargreaves Lansdown and AJ Bell, while BlackRock has increased its stake in Polymetal by 0.3%. Shares in the company are down 71% over the past week, with Evraz down 69% and both firms facing ejection from the FTSE 100.

For some market participants divestment is inevitable, with one telling RI: “I certainly think investors should divest, because if they don’t they are complicit, and if they think engagement can yield any results in this situation, they are either naive or dishonest (in which case engagement is merely a delaying tactic). When you put the two together, I see no other option.”

Note: valuations are approximate and may not reflect current holding size due to market volatility